County Championship: James Anderson went through the defence of Joe Root with a scorching in-swinger in the game between Yorkshire vs Lancashire 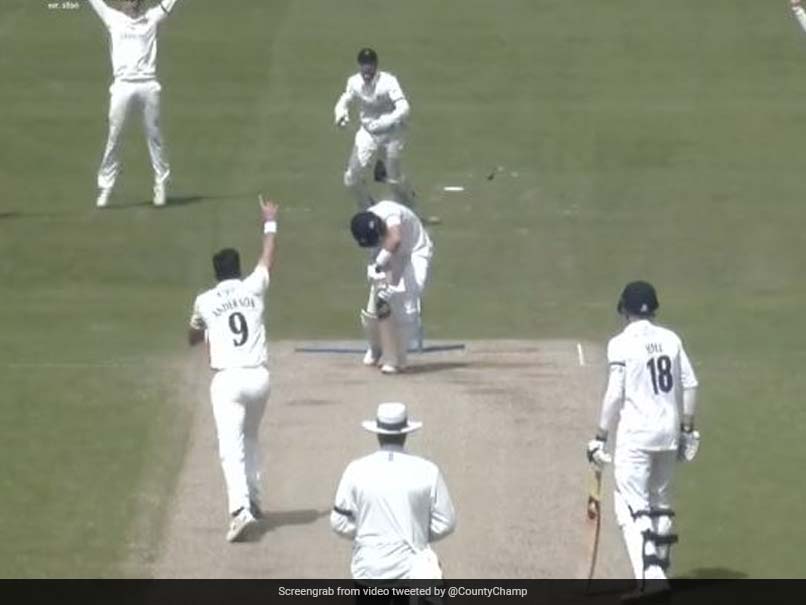 Anderson bowled Root in a County game on Sunday© Twitter

Former England Test skipper Joe Root couldn't quite believe his luck when he became another victim of a James Anderson in-swinger in a County Championship game between Yorkshire and Lancashire at the Headingley Stadium in Leeds on Sunday. Anderson pitched the ball near to the good length area from where it seamed in through Joe Root's defenses to uproot his stumps as the pacer broke into a celebration similar to a kid who just registered his first big wicket.

Anderson's partner in crime for England and good friend Stuart Broad also acknowledged the "reverse swing" with emojis to describe how much he enjoyed the delivery. He wrote: "Oh my reverse swing"

Root, who had scored a remarkable hundred in the first innings for Yorkshire, departed for 4 runs in the second.

Lancashire clearly had an upper hand in the game after Yorkshire were dismissed for 379 in reply to the former's first innings mammoth score of 566/9.

Following on, Yorkshire scored 169/6, with the match ending in a draw.

Anderson took one wicket in the first innings but impressed in the second with two scalps.

Joe Root Cricket
Get the latest updates on ICC T20 Worldcup 2022, check out the Schedule and Live Score. Like us on Facebook or follow us on Twitter for more sports updates. You can also download the NDTV Cricket app for Android or iOS.