County Championship: Cheteshwar Pujara and Shaheen Afridi battled it out in a Division Two game between Sussex and Middlesex at Hove. 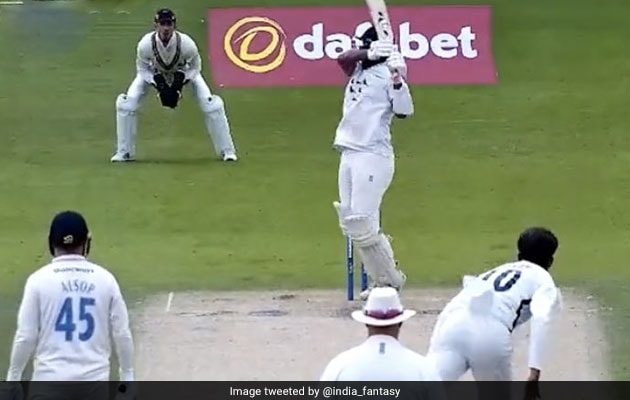 Indian international Cheteshwar Pujara continued with his impeccable touch with the bat in the County Championship as he powered his way to his fourth 100+ score of the season to finish unbeaten on 170 runs in a Division Two game between Sussex and Middlesex at the Hove. Pujara, who already has two double-hundreds to his name this season, played some extravagant strokes in his classy innings. In the process, he also faced pace sensation from Pakistan Shaheen Afridi, who has himself been quite prolific for Middlesex in the ongoing County Championships so far.

Pujara and Shaheen battled it out with no clear-cut player dominating proceedings between the two. However, there were instances of brilliance from Pujara where he played a brilliant upper-cut shot for a six off the left-arm pacer that garnered immense praise from all quarters of the cricketing community.

The Twitter handle of the County Championships posted a video which featured all the balls bowled to Pujara by Shaheen. The caption read, "Make yourselves comfortable and watch every ball of Shaheen Afridi vs Cheteshwar Pujara."

Pujara started off the season scoring a double hundred (201*) vs Derbyshire. Then he registered a ton (109) against Worcestershire followed by a double ton vs Durham. Against Middlesex, he scored 170 not out and dominated bowlers, hitting them to all parts of the ground.

The current form will surely make it hard for selectors to ignore his performances in the County season considering India's hectic Test schedule after IPL which also includes a Test in England.