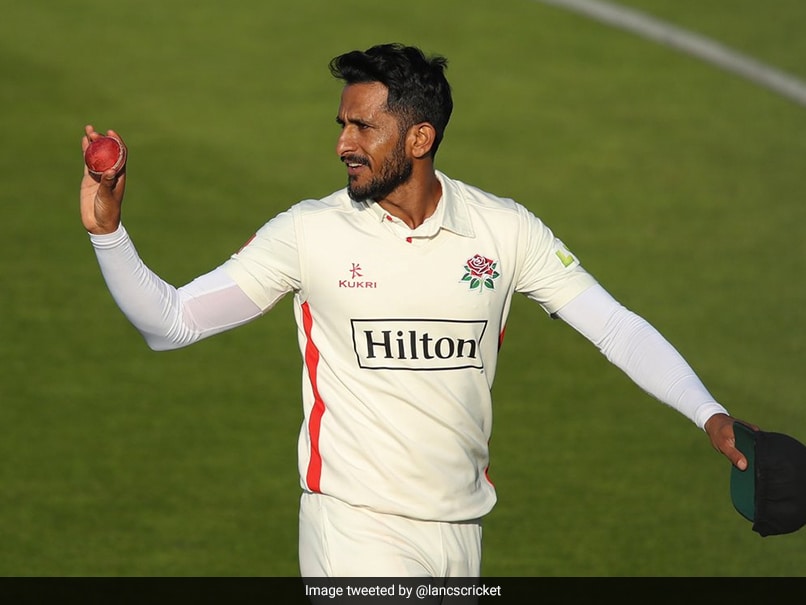 Hasan Ali took six for 47 as Lancashire bowled out Gloucestershire for 252.© Twitter

Hasan Ali led Lancashire's revival on Day 1 of the ongoing County Championship Division One clash against Gloucestershire at Old Trafford in Manchester on Thursday. The Pakistan pacer bowled a fiery spell as Lancashire made a strong comeback after Gloucestershire had won the toss and elected to bat. Hasan took six for 47 after Marcus Harris and Chris Dent had given Gloucestershire a flying start, adding 119 runs for the first wicket.

A video of Hasan Ali's fiery spell was shared by the County Championship on their official Twitter handle.

His efforts helped Lancashire in bundling out Gloucestershire for 252 in the first innings.

"I really enjoyed that. Getting a five-for in the County Championship is a great moment for me," Hasan Ali was quoted as saying by Lancashire's official website.

Incidentally, veteran pacer James Anderson, who also made his County Championship return, failed to pick a wicket in the first innings.

For Gloucestershire, Harris top scored with a fine 62 at the top while Dent (52) and Ryan Higgins (51 not out) also scored half-centuries to power Gloucestershire to a fighting total.

In reply, Lancashire lost an early wicket on Day 2 as Balderson got run out on a score of five.

Lancashire are currently fourth in the points table, having won their first game against Kent by 10 wickets.

Old Trafford, Manchester
Get the latest updates on IPL Auction 2023 and check out  IPL 2023 and Live Cricket Score. Like us on Facebook or follow us on Twitter for more sports updates. You can also download the NDTV Cricket app for Android or iOS.