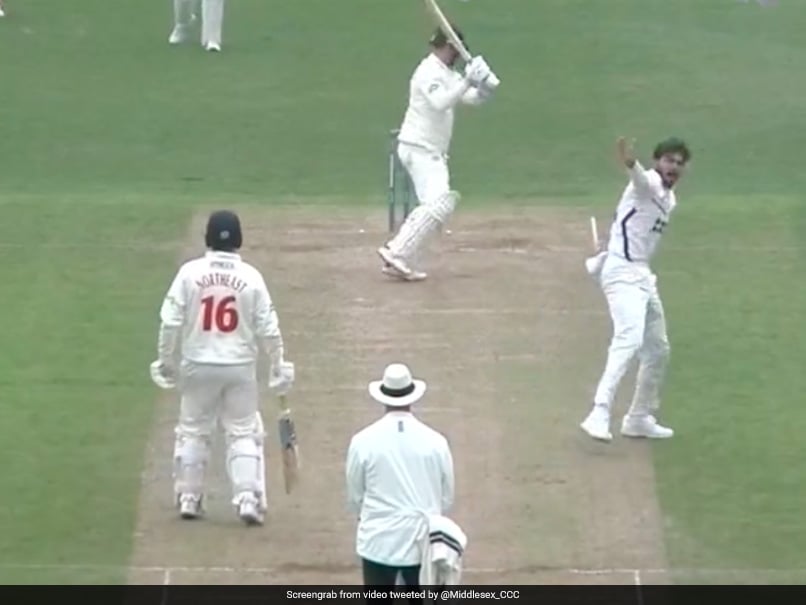 Pakistan pacer Shaheen Shah Afridi is making headlines in his first County cricket season for Middlesex. In the first innings against Glamorgan, he castled Marnus Labuschagne to claim his first county wicket in style and then followed it up with another one on the very next ball. Though the bowler failed to clinch a hat-trick, he definitely made a statement in the first innings. He was not done though as he claimed another prized wicket in the second innings.

The left-arm Pakistan fast bowler, who had claimed Labuschagne's wicket thrice in the three-match Test series against Australia at home last month, made sure he got the better of the batter in the second innings too.

On Saturday, Shaheen bowled a quick delivery that struck Labuschagne's pads to trap him LBW. Although, Marnus was quite convinced that there was some bat involved,  the umpire raised the finger. Labuschagne walked away clearly disappointed.

The video of the dismissal was shared on Twitter by Middlesex's official handle.

| SHAHEEN TRAPS MARNUS LBW@iShaheenAfridi has dismissed Marnus Labuschagne for the second time in this match!

The rivalry between the two players hasn't been limited to each other's strengths.

After getting out to Afridi in the first innings, Labuschagne returned the favour and dismissed the Pakistan player for 29 to extract a sweet revenge.

It will be interesting to see how Labuschagne retaliates with the ball in the second innings.