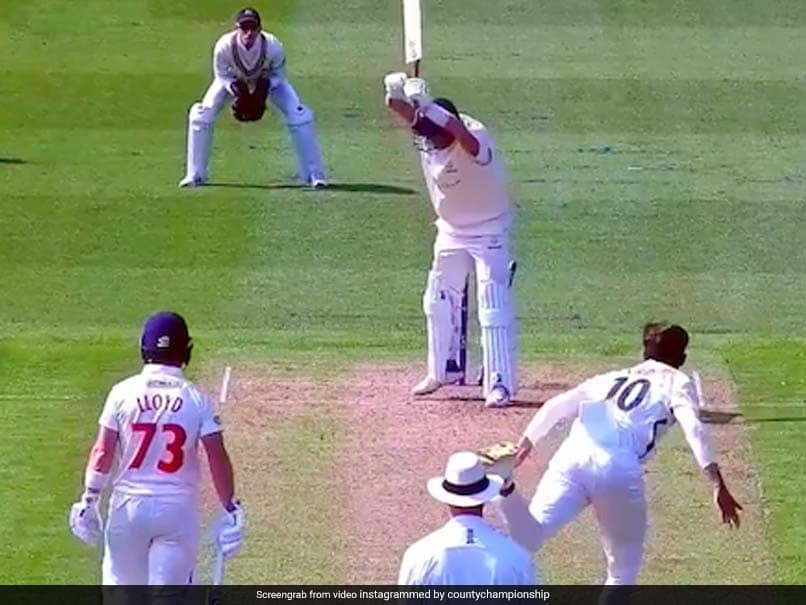 Pakistan pacer Shaheen Shah Afridi continued from where he left off in the Test series against Australia at home when he dismissed Marnus Labuschagne yet again, but this time in England while playing in the County Championship for Middlesex against Glamorgan. Afridi got a delivery to rise uncomfortably from a short of good length spot which Labuschagne tried to fend away with a nonchalant leave. However, the pace on the delivery found the rear end of Marnus' willow and the batter was played-on for eight runs.

The wicket was Shaheen's first in County cricket and was shared on Twitter by Middlsex's official handle with a caption that read:

This wasn't the first time that the left-arm pacer had got the better of Labuschagne. In the recently concluded Australia's tour of Pakistan, Shaheen had dismissed the Aussie in each of the three Tests at least once, proving to be a sort of a nemesis on sub-continent pitches.

Labuschagne's wicket triggered a small collapse and Middlesex were at one stage reeling at 30 runs for the loss of five wickets. Pacer Toby Roland-Jones claimed two wickets as well.

Sam Northeast was also removed by Shaheen for a duck on the very first ball and that left the pacer on an opportunity to get a hat-trick. However, Kiran Carlson survived a huge appeal down the leg-side and denied Shaheen a brilliant start in County cricket.