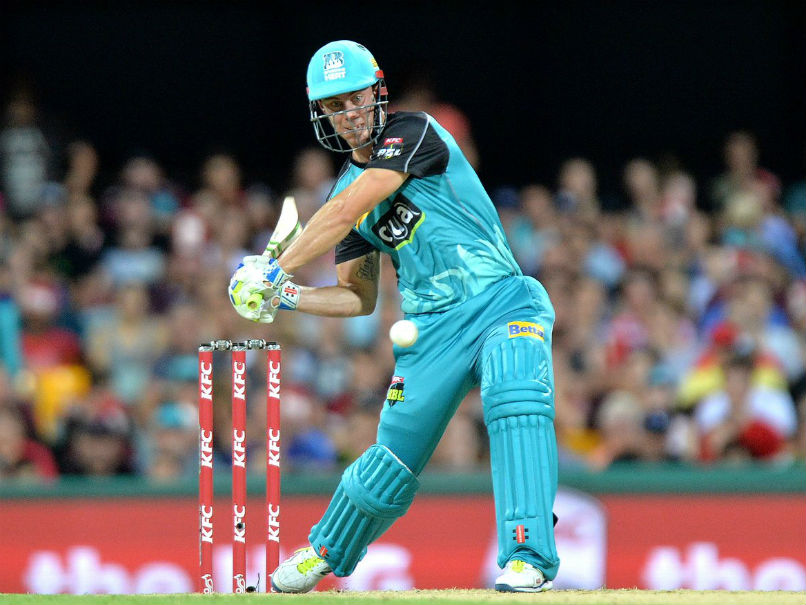 Explosive batsman Chris Lynn was on Thursday ruled out of Australia's Twenty20 International series against Sri Lanka after aggravating a neck injury. Lynn has been replaced by Adelaide Strikers opener and Big Bash leading run-getter Ben Dunk for the three-match series. Lynn had taken the Big Bash League 2017 by storm with some big-hitting for the Brisbane Heat but his selection for the T20 series against Sri Lanka was under cloud due to ongoing neck concerns.

Lynn had hoped to recover in time for the first T20, to be played in Melbourne on 17 February but aggravated the injury at training last week.

"Chris resumed some light training as part of his rehabilitation but was still unable to function at the level he needs to play international cricket due to his existing neck injury," Australian team physiotherapist Kevin Sims said.

"Chris will be seeing a specialist later this week and from there we will have a better understanding of the ongoing management, along with the return to play timeframes."

Lynn will be replaced by the fast-scoring Dunk, who made 364 runs from just 222 balls for the Adelaide Strikers in this year's BBL. He posted three half-centuries for the tournament and finished with a strike rate of more than 160 across his eight matches.

Comments
Topics mentioned in this article
Australia Cricket Team Sri Lanka Cricket Team Chris Lynn Ben Robert Dunk Cricket
Get the latest updates on ICC T20 Worldcup 2022 and CWG 2022 check out the Schedule, Live Score and Medals Tally. Like us on Facebook or follow us on Twitter for more sports updates. You can also download the NDTV Cricket app for Android or iOS.