Chris Gayle will retire from international cricket after the Cricket World Cup 2019. 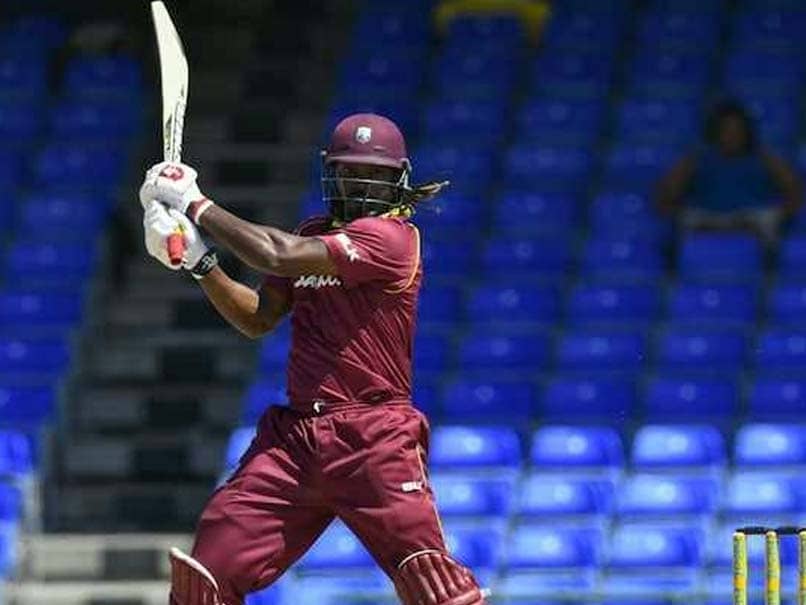 Hard-hitting Windies batsman Chris Gayle on Saturday hit an explosive knock of 77 runs off just 27 balls against England at a strike-rate of 285.18 in the 5th and final ODI. Following his final ODI at home, Gayle expressed his gratitude to the crowd at Gros Islet and the people in the Caribbean for their support. The 39-year-old had announced that he will retire from the ODI format after the Cricket World Cup 2019. In the ODI series against England, Gayle has accumulated 424 runs in four matches at a strike-rate of 134. He surpassed Pakistan's Shahid Afridi to register most sixes in international cricket (Tests, ODIs and T20Is combined).

"This is my last ODI series in the Caribbean so I was giving the fans a nice wave. Right through the tournament, they have been superb from both sides: West Indies and England sides. It would be nice if it was in Jamaica, but the crowds have been fantastic," Gayle added.

Gayle had been a diminishing force before the start of this series. Runs had deserted him in T20 leagues around the world. Gayle also went unsold twice at the 2018 auction before being bought by Kings XI Punjab for his base price (USD 200,000 approx).

"I'm thankful for the form. I wasn't getting any runs in the T20 tournaments I was playing. When you get a chance to score runs, make sure you score heavy. But it's the best (I've played) in my home conditions and I'm happy and grateful for that," he said.

"I'm not surprised by how well I've done, or the number of sixes. Sixes come along. It's just natural, to be honest. In T20s, I score a lot of sixes as well, but this is the first time in an ODI series. To hit 39 sixes aged 39 - it's fantastic from a personal point of view," he added.

"But my mindset is that, even when I'm 60, I'll still think I can do it. I'd still think I can score runs against the best bowlers in the world. That will never change. It's just the body which is always the worrying part for me."