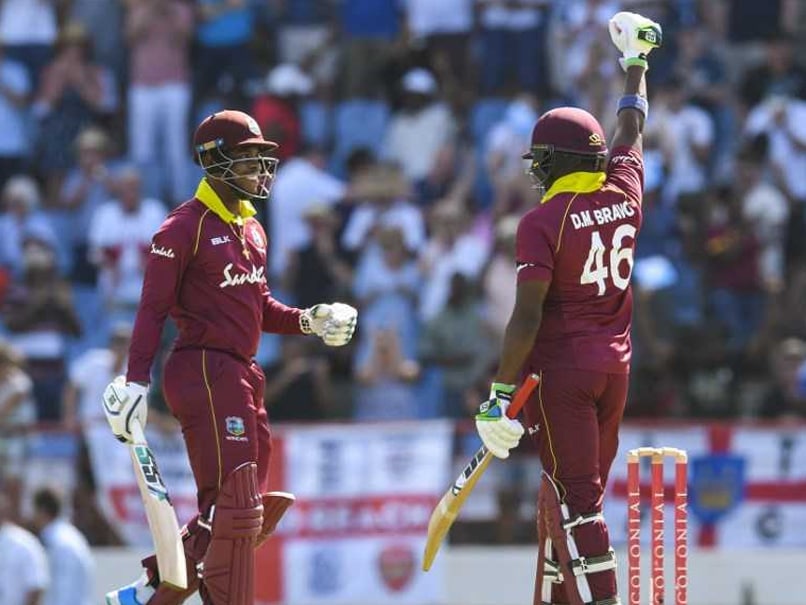 Chris Gayle said the Windies will "get a bit of respect" at this year's World Cup after claiming a 2-2 series draw with tournament hosts and favourites England on Saturday. Oshane Thomas and Gayle starred as the Windies thrashed England by seven wickets in the fifth and final one-day international in St Lucia. Thomas claimed five for 21 with the tourists being demolished for 113 off 28.1 overs -- their lowest-ever total in an ODI against the Caribbean side -- just three days after scoring 418 in the fourth match in Grenada.

Gayle signed off on his ODI career in the region with a blistering 77 off just 27 balls to catapult his side to victory with almost 38 overs to spare in reaching 115 for three off 12.1 overs.

The 39-year-old was the obvious choice for the man-of-the-series award given his utter dominance with the bat in every innings of the four matches, scoring 424 runs at an average of 106, with 39 sixes.

"At one stage I thought this is going to be my last (ODI) innings in the Caribbean for the West Indies, so I thought I'd go out on a high," said Gayle.

"We'll get a bit of respect going into the World Cup."

The Windies have belied their lowly ranking of ninth against top-ranked England and the fact they scraped through World Cup qualifying in Zimbabwe last year.

Jason Holder's men will kick off their bid for a third World Cup title on May 31 against Pakistan at Trent Bridge, the day after England open the tournament against South Africa.

Playing just his ninth ODI, Thomas destroyed the visitors' vaunted batting line-up with career-best figures despite coming on as the fourth bowler in the line-up.

Carlos Brathwaite and captain Holder took two wickets each in support of the burly fast bowler to fully justify Holder's decision to bowl first on winning the toss.

In a must-win situation after losing a high-scoring fourth game, the West Indies pace attack exploited a bouncy pitch and exposed the England batsmen's technical shortcomings in these conditions.

Alex Hales and Jos Buttler were the top-scorers, each scoring only 23.

Captain Eoin Morgan was next best with 18 as the batting folded swiftly in the face of Thomas' assault.

"We struggled to adapt to the extra bounce, it's not something that we're accustomed to," said Morgan.

"It's difficult to curb what has been our natural reaction (to batting). We need to find a way to occupy the crease and score runs."

England lost their last five wickets for only two runs with none of the final four batsmen managing to get off the mark.

Though he picked up just one wicket, Sheldon Cottrell got the wicket-taking feast underway for the West Indies when the left-arm seamer bowled Jonny Bairstow off an inside-edge after an opening partnership of 23 with Hales.

Hales and Morgan featured in the best partnership of the innings -- 39 for the third wicket -- but it was merely a brief respite.

Despite the extent of their dominance, Holder still indulged in four overs of spin via Ashley Nurse, the off-spinner proving the most expensive in conceding 24 runs from four wicketless overs.

With such a small target ahead of them, Gayle made his intentions quickly, and brutally, clear.

Chris Woakes was the first to suffer the weight of his bat but the other opening bowler, Mark Wood, also came under the hammer as the opener heaved nine sixes and five fours in a devastating innings.

On the same ground where his raw pace brought a five-wicket haul and a consolation victory in the final Test of the preceding three-match series, Wood was able to at least terminate the Gayle carnage by dismissing the left-hander having previously accounted for the other opener, John Campbell.

West Indies went into the match with an unchanged team, surprisingly choosing to omit all-rounder Andre Russell once again even though he had flown in from the Pakistan Super League in Dubai earlier in the week to be part of the squad for the final two matches.

England were forced to make one change from the win on Wednesday, all-rounder Tom Curran replacing injured seamer Liam Plunke