"Could I Un-Retire?" Chris Gayle Ponders After Record-Breaking Innings

Chris Gayle had announced on February 17 that he would retire from ODI cricket after the World Cup 2019. 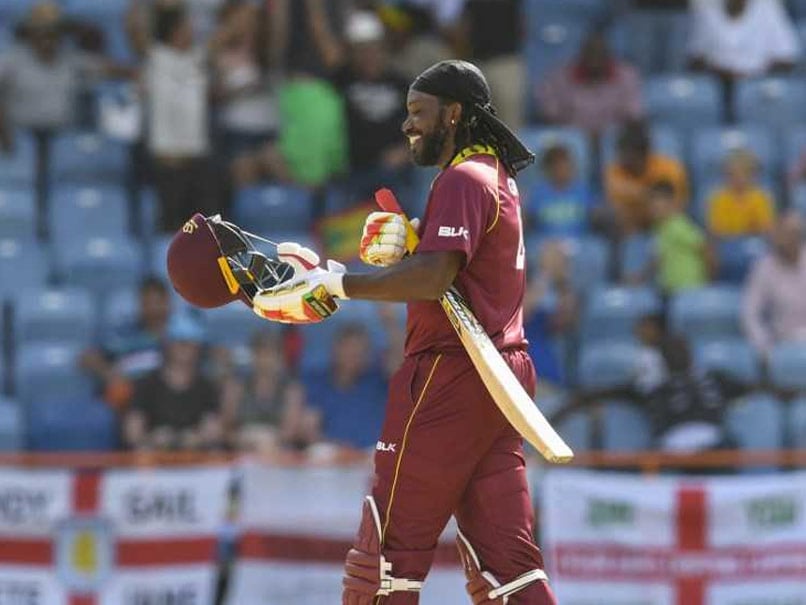 Chris Gayle, who announced on February 17 that he would retire from One-day Internationals (ODI) after World Cup 2019, is reconsidering his decision after hitting a purple patch against England. "I've been playing a lot of T20 cricket, so it's always going to be a difficult coming back into 50 over cricket. But eventually the body gets accustomed to the 50-over format," Gayle was quoted as saying by icc-cricket.com. Since making his comeback in the Windies ODI squad, Gayle has scored 347 runs from four matches at a strike-rate of 120.06.

"I just have to work on the body, and then maybe you can see a bit more Chris Gayle. Things change quickly. Hopefully, the body can change in the next couple of months and we can see what happens. What's the matter with the body? I'm nearly 40. But could I un-retire? We'll see. We'll take it slowly."

In the fourth ODI against England in Grenada on Wednesday, Gayle struck a brutal 162. His innings contained a staggering 14 sixes and powered the Windies to their highest-ever ODI score of 389.

Gayle reached the 10,000-run milestone in ODIs with his 25th century in the format.

However, Gayle's fireworks were not enough to help his team cross the line as the Windies lost by 29 runs.

Gayle personally enjoyed the slug fest in Grenada, which featured 807 runs and a world-record 46 sixes, and was happy with his personal accomplishments. But he felt the defeat was ultimately a result of how they began with the ball.

"I think this is one of the most entertaining games I've ever played in," he said. "It was a fantastic game of cricket. To get the 10,000-run milestone is a great feeling. I've done it in T20 as well. It's a fantastic achievement from my point of view. Doing it for West Indies as well - that makes it even more superb.

"We didn't utilise that new ball well. If we had, we would have been chasing 380. I'm sure the team are all disappointed. I can see the expression on their faces. It's a learning process for the young players. If they do things differently, they could have won. So it's good to see that body language when you lose. When that situation comes again, I'm sure it will be totally different," Gayle sa

Chris Gayle Cricket
Get the latest updates on IND vs NZ 2021, check out the Schedule and Live Score . Like us on Facebook or follow us on Twitter for more sports updates. You can also download the NDTV Cricket app for Android or iOS.