Hardik Pandya and KL Rahul were banned by the cricket board for their comments on the Koffee with Karan show. 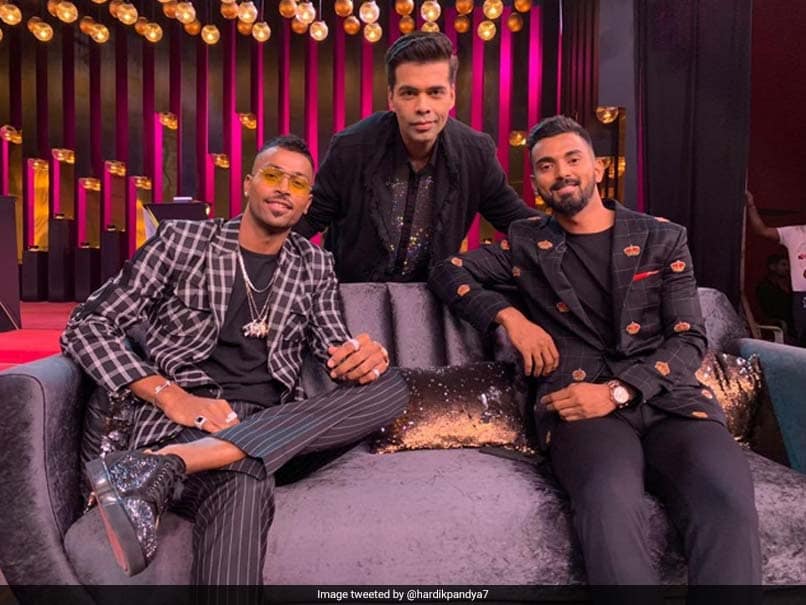 On January 24, the CoA lifted the suspensions on Hardik Pandya and KL Rahul.© Twitter

Hardik Pandya and KL Rahul seem to have more trouble coming their way as a case has been filed against them and Bollywood filmmaker Karan Johar in a Jodhpur police station. The complaint has been filed following the comments made on an episode of Johar's talk show 'Koffee with Karan', featuring the two cricketers, in January. Hardik Pandya and KL Rahul faced a lot of backlash on social media for their sexist comments. Following the backlash, the Board of Control for Cricket in India (BCCI) had suspended the duo. "Case registered against Hardik Pandya, KL Rahul & Karan Johar in Jodhpur for comments made during Johar's talk show in December last year," news agency ANI reported.

The two had been sent home from Australia ahead of the first One-day International (ODI) for their controversial comments on the show.

However, on January 24, the Committee of Administrators (CoA) lifted the suspensions on Pandya and Rahul.

After the ban was lifted, Pandya had joined the Indian ODI team in New Zealand, while Rahul was named in the India A squad for their five one-day matches against England Lions.

Pandya played the last three ODIs against New Zealand and made his presence felt with some all-round performances.

He picked 4 wickets and scored 61 runs as India won the five-match series 4-1.

An inquiry will still take place into the matter, for which an ombudsman is to be appointed by the Supreme Court. The top court had listed the matter tentatively for February, but has since then pushed it to a date later this month.

Commenting on the controversy that broke out after the episode was aired on January 6, Johar had said he felt "very responsible" about the repercussions that the cricketers had to face since they made some misogynistic remarks on his chat show.

Lokesh Rahul Cricket
Get the latest updates on ICC T20 Worldcup 2022, check out the Schedule and Live Score. Like us on Facebook or follow us on Twitter for more sports updates. You can also download the NDTV Cricket app for Android or iOS.