"He Improves The Balance Of The Team": Virat Kohli Praises Hardik Pandya

India clinched the 3rd ODI vs New Zealand by eight wickets. The ODI was also Hardik Pandya's return to international cricket after the ban. 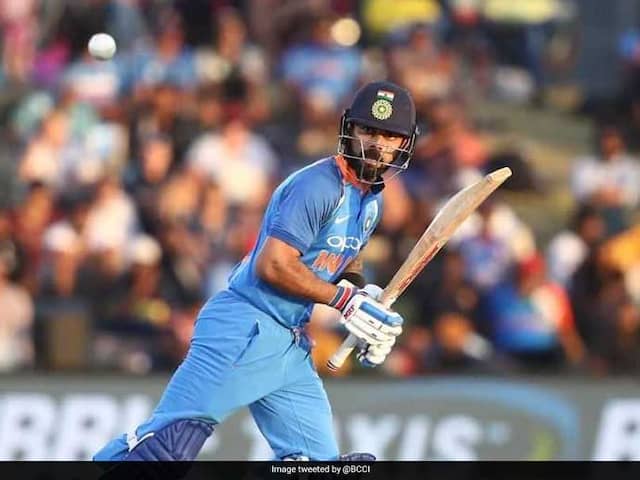 After a successful Australia tour, Virat Kohli led Team India to another One-day International (ODI) series victory, this time in New Zealand. India clinched the third ODI vs the Black Caps by seven wickets at Bay Oval on Monday. The third ODI was also the return of Hardik Pandya to the Indian team after he was suspended for making controversial comments on a TV show. His return has certainly put a smile on Virat Kohli's face. At the post-match presser, Kohli said, "Hardik improves the balance of the team. He was very good today." Pandya took two wickets in the match.

Speaking about the youngsters in the team, such as Shubman Gill and Vijay Shankar, Kohli said, "I'm excited for the youngsters coming into the team."

On Monday, opting to bat, New Zealand were bowled out for 243 in 49 overs in the third ODI in Mount Maunganui. Ambati Rayudu, who was suspended for bowling by the ICC, was unbeaten on 40 and wicket-keeper Dinesh Karthik on 38 as India chased down the target with seven overs to spare.

Skipper Virat Kohli signed off his tour Down Under on a high with a first ODI series win in New Zealand in 10 years. However, it is to be noted that prior to this, India played just one series here since the one in 2009.

It was a complete team effort after the bowlers shot New Zealand out for 243 in 49 overs with all-rounder Hardik Pandya (2/45 in 10 overs) making his presence felt with the ball as well as on the field.

Virat Kohli Hardik Pandya New Zealand vs India Cricket
Get the latest Cricket news, check out the India cricket schedule, Cricket live score . Like us on Facebook or follow us on Twitter for more sports updates. You can also download the NDTV Cricket app for Android or iOS.