Watch: Brett Lee Shows No Mercy To His Son, Uproots His Middle Stump In Backyard Cricket 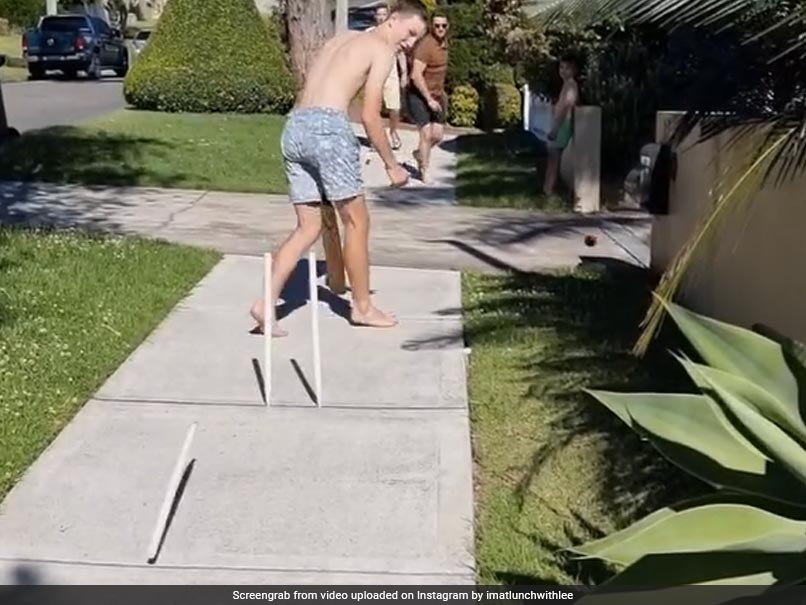 Despite hanging his boots long back, former Australia pacer Brett Lee proved that he's still got it. Lee, one of the most fearsome pacers of his time, was having some fun in the backyard playing cricket with his son Preston, who got a first-hand taste of his father's pace. The 15-year-old was shown no mercy by the 45-year-old former speedster, who sent down a thunderbolt of a yorker, uprooting his middle stump. A video of the same was posted by Lee's elder brother and former Australia all-rounder Shane Lee.

"Front yard cricket with the Lee's. @brettlee_58 to @1prestonlee Bowled for 112," Shane captioned the video on Instagram.

The "sound of timber" brought much joy to the legendary pacer, who jogged down in joy raising his fingers.

"See you, Preston," Shane could be heard saying in the video.

Lee represented his country in 76 Tests, 221 ODIs and 25 T20Is, claiming a total of 718 international wickets. He announced his retirement from Test cricket in 2008 as Australia's sixth-highest wicket-taker, and from ODIs in 2012 as the joint-highest wicket-taker with 380 scalps, along with Glenn McGrath.

After his retirement, Lee pursued a career in broadcasting, appearing as a commentator for international as well as franchise cricket.

Brett Lee Shane Lee Cricket
Get the latest updates on ICC Women's Cricket World Cup 2022 and IPL 2022, check out the Schedule , Live Score and IPL Points Table. Like us on Facebook or follow us on Twitter for more sports updates. You can also download the NDTV Cricket app for Android or iOS.