Watch: "Only The Finest Of Fielding Feats" Stops Mitchell Marsh In BBL Match

BBL, Perth Scorchers vs Melbourne Renegades: Mitchell Marsh was closing in on a century during the first innings but a fantastic catch by Nic Maddinson sent him back to the pavilion. 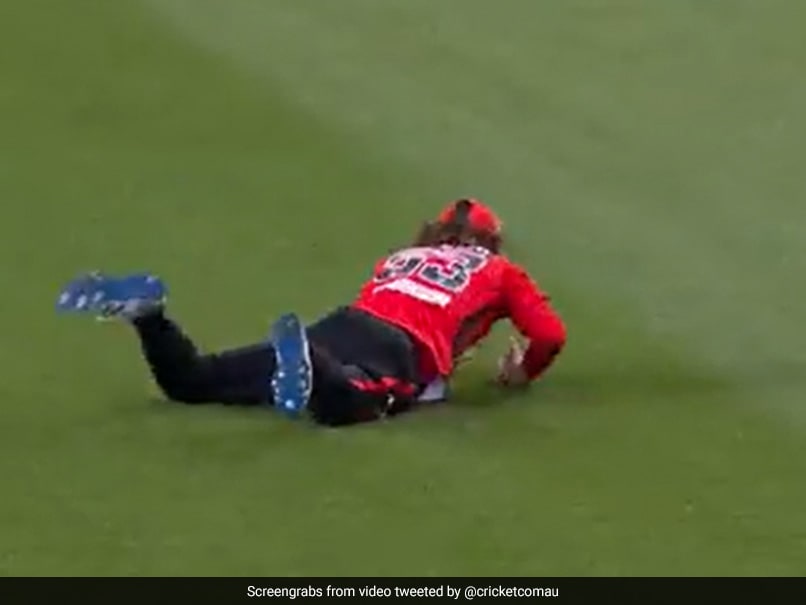 Mitchell Marsh was in top form during Perth Scorchers' recent Big Bash League (BBL) win against Melbourne Renegades on Wednesday. The 31-year-old put in an all-round performance and was also adjudged Player of the Match. The all-rounder smashed 86 runs off 53 balls during the first innings, helping Perth post 206 for five in 20 overs. Marsh looked unbeatable during his knock until a fine fielding effort sent him back to the pavilion. Receiving a length ball from Kane Richardson, Marsh directed it to cover, where a diving Nic Maddinson took a flat catch to his right.

A video of the catch was shared by cricket.com.au and it was captioned as, "Only the finest of fielding feats was going to stop Mitch Marsh today."

Only the finest of fielding feats was going to stop Mitch Marsh today.

Despite Marsh's departure, the next batter Laurie Evans' short cameo also proved to be crucial for Perth, helping set a target of 207 runs. Evans slammed 42 off 16 balls.

In response, Melbourne could only reach 185 for five in 20 overs with Ashton Agar taking two wickets for the Scorchers. Marsh continued with his fine form and took a wicket in three overs, conceding only 20 runs.

After the win, Perth Scorchers consolidated their position on top of the BBL table with five wins from five matches. Meanwhile, Melbourne Renegades are bottom of the standings after only one win from four games.

Kane Richardson Cricket Social
Get the latest updates on ICC T20 Worldcup 2022, check out the Schedule and Live Score. Like us on Facebook or follow us on Twitter for more sports updates. You can also download the NDTV Cricket app for Android or iOS.