Bangladesh vs Sri Lanka: Soumya Sarkar Opts For DRS After Getting Bowled

Fans were not just enthralled by the cricketing skills of the two teams, but also left amused by a couple of incidents that occurred during the match. 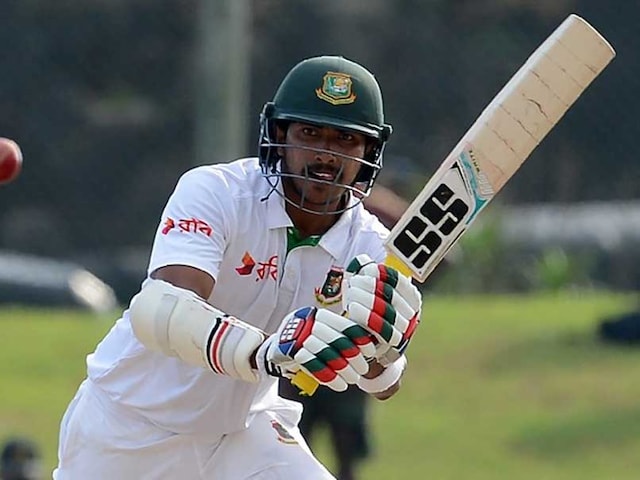 Soumya Sarkar produced the biggest laugh from the crowd when he did the unthinkable.© AFP

Kusal Mendis and Rangana Herath's sterling performances helped Sri Lanka crush Bangladesh by 259 runs in the 1st Test. Fans were not just enthralled by the cricketing skills of the two teams, but also left amused by a couple of incidents that occurred during the match. Bangladesh pacer Subashis Roy broke into a premature celebration when he thought Mendis was caught at deep fine-leg. Mendis' shot had actually cleared the boundary and Mustafizur Rahman strayed over the rope as he completed the catch.

On Day 2, Tamim Iqbal endured an embarrassing moment after he run out. The left-hander tried to pick up a run, assuming the ball had gone down the leg-side. Unfortunately for him, the ball was actually in the hands of the Sri Lankan wicketkeeper.

However, Soumya Sarkar produced the biggest laugh from the crowd when he did the unthinkable. The batsman, who was bowled by Asela Gunaratne, asked for a Decision Review System (DRS) referral due to the slight delay in the umpire raising his finger.

Bangladeshi Batsman Soumya Sarkar Asks for a Review after getting bowled ...?????? #LOL pic.twitter.com/mMWALxxTLa

Bangladesh players are never short on entertainment Soumya Sarkar became the first ever batsman to review for a clean Bowled ??,,@BCBtigers

Herath grabbed six wickets in the second innings to become Test cricket's most successful left-arm spinner. Herath finished with 6-59, his 23rd five or more wicket haul, which took his tally in Tests to 366 wickets, going past New Zealand's Daniel Vettori, who has 362 wickets to his name.

Herath's exploits helped Sri Lanka dismiss Bangladesh for 197 runs in the second innings in less than two sessions on the fifth day after the visitors resumed play promisingly on 67-0.

Comments
Topics mentioned in this article
Sri Lanka Cricket Team Bangladesh Cricket Team Soumya Sarkar Cricket
Get the latest Cricket news, check out the India cricket schedule, Cricket live score . Like us on Facebook or follow us on Twitter for more sports updates. You can also download the NDTV Cricket app for Android or iOS.