Bangladesh have won only eight matches out of the 99 Tests they have played till date. Five of those victories have come against Zimbabwe, two against West Indies and one against England. 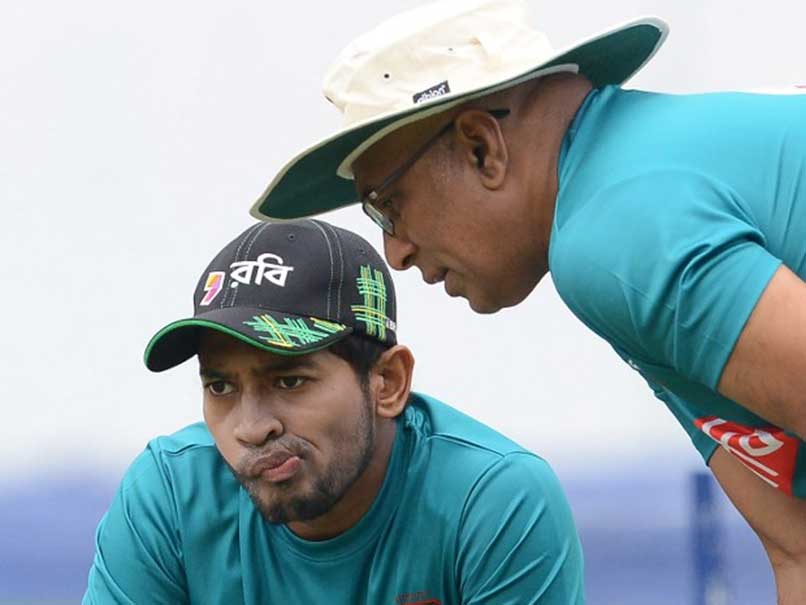 Following their landmark win against England in Dhaka in October 2016, a lot was expected from the Bangladesh cricket team. However, since then, the Asian side have gone on to lose two Test matches in New Zealand, one in India and the first game in Sri Lanka. The second and final Test against Sri Lanka, due to begin at the P Sara Oval in Colombo, will be an historic event as it will be Bangladesh's 100th Test match - a game where the newest Test nation will be desperate to make their mark.

Bangladesh will be looking to overcome their recent dismal form as the perennial minnows try to make their 100th Test appearance an occasion to celebrate.

Test cricket's newest entrants have showed occasional promise since they were drafted into the elite cricket competition in 2000 but have mostly embarrassed their loyal fans with a series of below-par performances in the game's most enduring format.

They go into Wednesday's Testtrailing the two-match series 0-1 after last week's crushing 259-run loss at Galle -- their 76th defeat and the fourth in a row in 99 Test matches.

No other Test-playing country has lost so many times in their first 100 Test matches and the dubious honour highlights Bangladesh's struggle in the five-day format over the past 17 years.

So far they have won only eight Test matches, one more than New Zealand, who had only seven wins in their first 100 Tests, though the Kiwis managed to eke out 47 draws against Bangladesh's 15.

Five of Bangladesh's eight wins came at home including four against fellow strugglers Zimbabwe. And they won just three of their 46 games abroad -- two against an under-strength West Indies and one against Zimbabwe.

The Tigers, as they are affectionately called by their fans, lost 21 consecutive Test matches between 2001 and 2004, the worst ever losing run by a team which no other side has even come close to emulating.

They have improved in recent matches, drawing their home series against England before dragging their last four Tests into the fifth day, which many saw as a mark of success.

On the eve of playing 100th Test, we'll remind the golden moments of our Test cricket to mark the occasion.
#Celebrating100thTest pic.twitter.com/EZrONNKIUH

"We are doing the right thing, that's why we have been competitive in all these games," coach Chandika Hathurusinghe told reporters in Colombo on Sunday.

"Why have you raised your expectations? Because we are doing well, am I right? That's what we all expect, and we are asking too much of a team that is still finding their team in Test cricket. It is a fact," he said.

While Sri Lanka Cricket plans to help Bangladesh celebrate their 100th Test match, including hosting a dinner in their honour, the visitors want to focus on the game.

"We're trying to keep things simple because apart from the 100th Test, this is also an important game for us," Bangladesh Cricket Board spokesman Jalal Yunus told AFP in Dhaka.

On the eve of the milestone, we will remind the golden moments of our Test cricket to mark the occasion. #Celebrating100thTest pic.twitter.com/G2Soc82kjU

"The best way to celebrate the (100th Test) occasion will be winning this game. Bangladesh need this win more than anything else," Bashar said.

"We are now a strong side in limited over matches. But in Test cricket we must translate our potential into match-winning feats."