Watch: Shikha Pandey's "Ball Of The Century" Sends Twitter Into A Frenzy

India bowler Shikha Pandey bowled a sensational delivery in the second T20I against Australia in Carrara to send Alyssa Healy back to the pavilion. 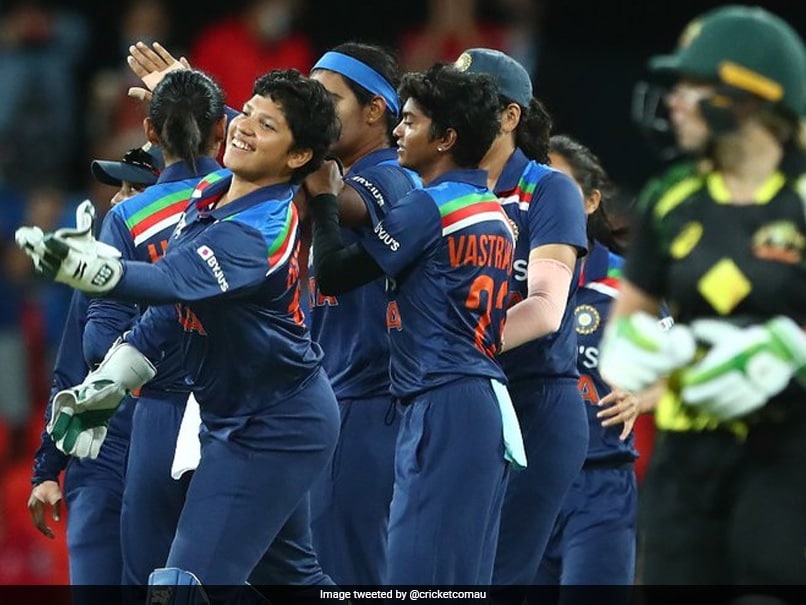 India bowler Shikha Pandey bowled a sensational delivery in the second T20I against Australia at the Carrara Oval on Saturday to send Alyssa Healy back to the pavilion. Having set Australia a target of 119 to chase, Shikha opened the bowling for the Indian women's cricket team and dismissed opener Healy on the second ball of the innings. The 32-year-old Indian bowler produced an incredible amount of movement that deceived Healy, who could only watch as it dislodged the bails from the stumps behind her.

Watch the video of Shikha's dismissal of Healy here:

The video of the delivery went viral on Twitter, with many hailing Shikha for the swing she was able to generate.

Here are a few other reactions on the delivery:

Earlier in the day, Australia won the toss and opted to field. India got off to a poor start and lost three wickets with just 24 runs on the board.

Skipper Harmanpreet Kaur tried to revive the innings and scored 28 before being dismissed.

India kept losing wickets at regular intervals and it was Pooja Vastrakar's crucial unbeaten knock of 37 off 26 balls that helped India post a total of 118/9 from their stipulated 20 overs.

Only three Indian batters posted scores in double figures - Deepti Sharma being the third with a score of 16.

Tayla Vlaeminck and Sophie Molineux picked three wickets each for the hosts, with the latter finishing with impressive figures of 2/11 from her four overs.

The first T20I of the series had to be abandoned due to rain.

Australia Women Alyssa Healy Shikha Pandey Cricket
Get the latest updates on IPL Auction 2023 and check out  IPL 2023 and Live Cricket Score. Like us on Facebook or follow us on Twitter for more sports updates. You can also download the NDTV Cricket app for Android or iOS.