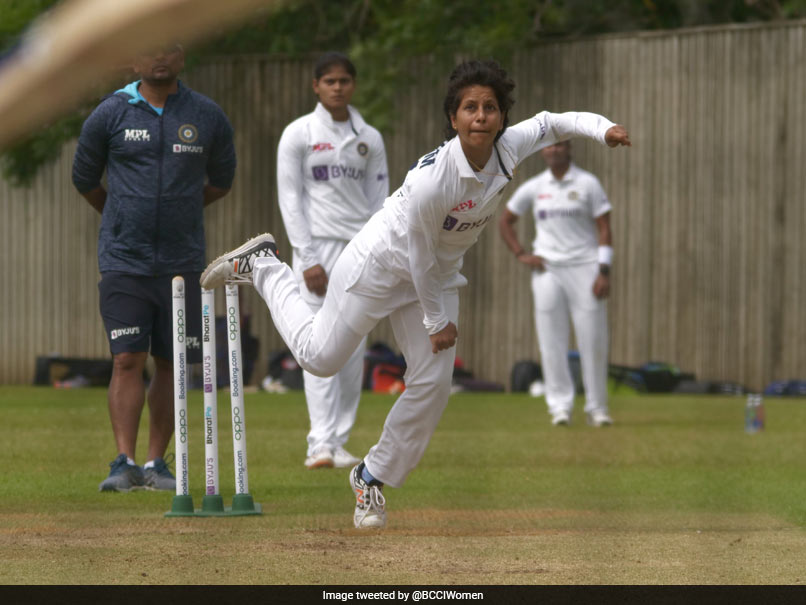 The Indian women's cricket team has started their net practice sessions ahead of the one-off Test against England at the Bristol County Ground, starting on June 16. On Monday, the Board of Control for Cricket in India (BCCI) women shared photos from their training session on its official Twitter handle. "#TeamIndia bowlers in full flow in the nets session ahead of the one-off Test against England," BCCI captioned the post. The likes of Pooja Vastrakar, Shikha Pandey, Poonam Yadav and Deepti Sharma were seen bowling in the nets.

#TeamIndia bowlers in full flow in the nets session ahead of the one-off Test against England. pic.twitter.com/YrX4Fl6TuR

Earlier, on Saturday, BCCI had posted several pictures of ace India seamer Jhulan Goswami in the Test jersey and captioned it, "We surely can't wait to see Jhulan Goswami running in and bowling her heart out for #TeamIndia."

Nothing like the red ball and the whites #IndWvsEngW https://t.co/mgf5cMHfNl

"BCCI Women looking good in the nets ahead of the Test against England," ICC captioned the post.

In the clip, India's ODI and Test skipper Mithali Raj was seen in an intense discussion with opener Punam Raut. Indian openers Shafali Verma and Smriti Mandhana were also seen in the footage timing the ball perfectly in the nets.

India will kick off their tour with a one-off Test against England. After that, India will take on England in three-match ODIs and as many T20Is.

The first ODI match will be played at the County Ground in Bristol on June 27. The second and third ODI will take place on June 30 and July 3 at the Cooper Associates County Ground in Taunton and New Road in Worcester respectively.

England Women Poonam Yadav Deepti Sharma Shikha Pandey Cricket
Get the latest updates on IND vs NZ 2021, check out the Schedule and Live Score . Like us on Facebook or follow us on Twitter for more sports updates. You can also download the NDTV Cricket app for Android or iOS.