Indian women's cricket team tour of England: The Neetu David-led selection announced India's squad for the tour of all formats. 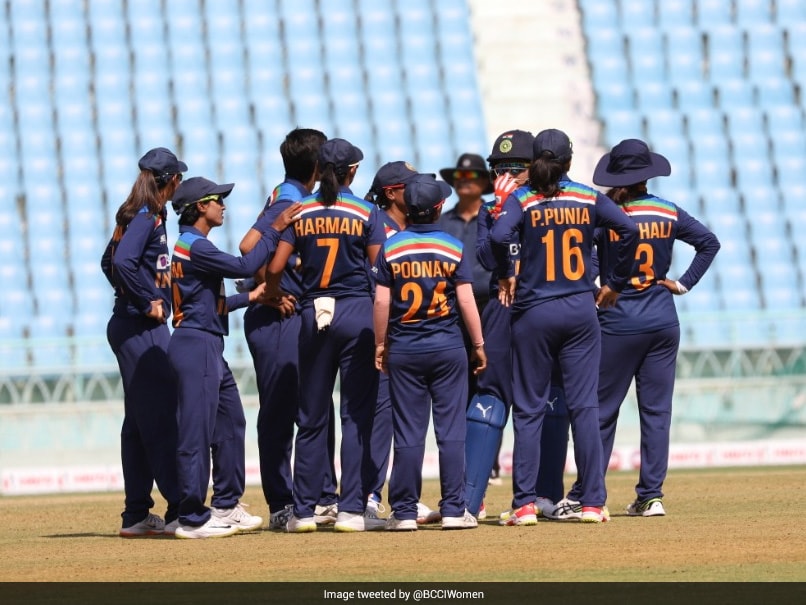 England Tour: The Indian women's team has been announced by the Neetu David-led panel.© Twitter

Rookie wicketkeeper-batsman Indrani Roy from Jharkhand was rewarded with maiden Test and ODI call-up for India's tour of England next month but senior left-arm spinner Rajeshwari Gayakwad missed out as she is recovering from COVID-19. The 29-year-old Gayakwad is also nursing an injury. The Neetu David-led selection panel made a course correction with teen batting sensation Shafali Verma and seasoned pacer Shikha Pandey making it to all three squads after their South Africa home series snubs. "This time Neetu and her colleagues didn't go for any outrageous experiments. Shafali and Shikha were two of the earliest names listed in all three squads. There was one Swetha Verma of UP whose name was discussed but it was found that she hasn't even scored 200 runs in a season," a source close to developments told PTI on conditions of anonymity.

Sneh Rana and Indrani were two stellar performers in the National One Day competition and thus got their call-ups.

The controversial picks of the last time like Monica Patel, C Prathyusha have been dropped from the squad altogether in the team selection meeting which was keenly followed by BCCI president Sourav Ganguly and secretary Jay Shah.

Indrani was rewarded for her string of scores which included 103 against Chhattisgarh, 86 against Karnataka and 49 against Railways in the final.

Rana on her part was the 'Player of the Final' for her all-round show while representing Indian Railways.

As expected Mithali Raj will lead the team for the one-off Test and three ODIs while Harmanpreet Kaur will take over the reins during the three T20 Internationals.

England Women Shafali Verma Shikha Pandey Mithali Raj Harmanpreet Kaur Cricket
Get the latest updates on IPL Auction 2023 and check out  IPL 2023 and Live Cricket Score. Like us on Facebook or follow us on Twitter for more sports updates. You can also download the NDTV Cricket app for Android or iOS.