England Women have announced a 17-member squad for the one-off Test against India from June 16 to 19 at Bristol, and have included 17-year-old fast bowler Emily Arlott in the squad. 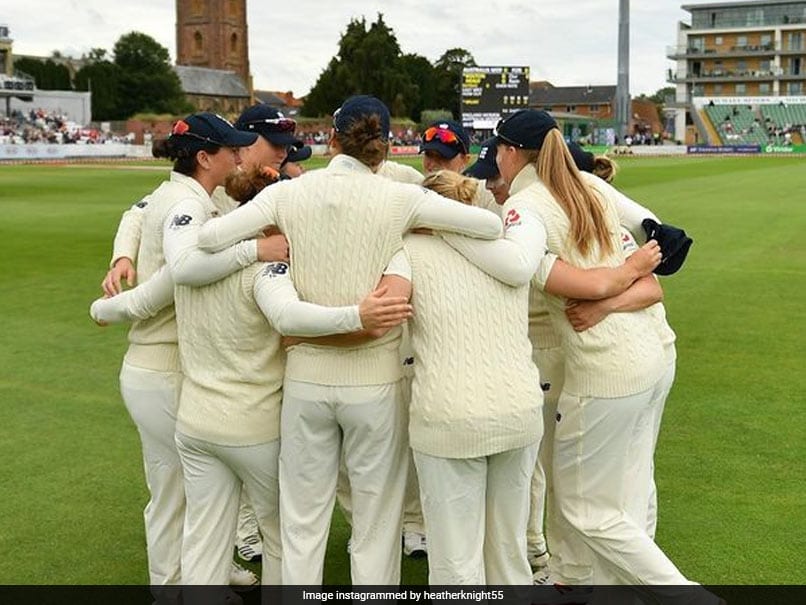 England women are set to face India in a one-off Test.© Instagram

The England and Wales Cricket Board (ECB) has announced a 17-member women's squad for the one-off Test match against India women starting June 16 at Bristol. The English team has added 17-year-old pacer Emily Arlott after a terrific performance in first-class cricket. The teenager made the headlines with her impressive performance in the Rachael Heyhoe-Flint Trophy for Central Sparks when she picked four wickets in a single over. England has retained their bowler Natasha Farrant, one of the players who received a full-time contract by the ECB. The English head coach Lisa Keightley has stated that the Indian side is strong, and they have the ability to tough competition.

Heather Knight will be leading the squad, while Nathalie Sciver has been named her deputy.

The Indian side, led by Mithali Raj, is currently in Southampton where they completed their quarantine period along with India Men, who are set to face New Zealand in the final of the World Test Championship starting June 18.

Apart from the lone Test match, the two sides will face each other in three ODIs and as many T20Is.

India Women Heather Knight Mithali Raj Harmanpreet Kaur Cricket
Get the latest updates on Fifa Worldcup 2022 and check out  Fifa World Cup Schedule, Stats and Live Cricket Score. Like us on Facebook or follow us on Twitter for more sports updates. You can also download the NDTV Cricket app for Android or iOS.