Anushka Sharma, who is Southampton with her husband Virat Kohli, shared a glimpse of typical English weather with her fans. 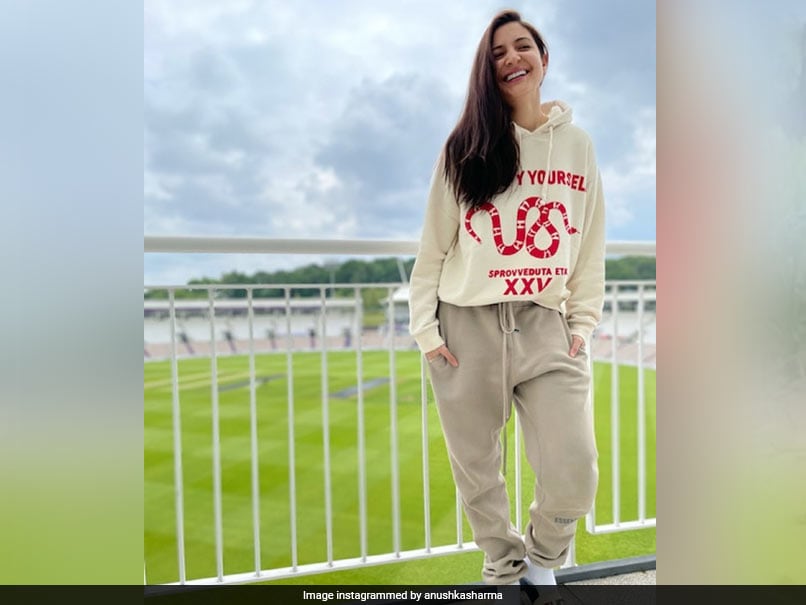 Anushka Sharma, who is in England with her cricketer husband Virat Kohli, took to Instagram on Wednesday to share a glimpse of Southampton's weather with her fans. Anushka posted a boomerang video in her Instagram story and wrote "That kind of English summer," along with a cloud emoji. Anushka and Virat along with the rest of the Indian squad arrived in England on June 3 after quarantining in Mumbai. On Saturday, Anushka had posted a picture of herself from The Ageas Bowl stadium, the venue for the inaugural World Test Championship (WTC) final, with a broad smile on her face that soon went viral on social media.

In the WTC final, India will take on Kane Williamson-led New Zealand in Southampton. The match is scheduled to begin on June 18 with June 23 to be kept as a reserve day.

After arriving at the venue, India captain Virat Kohli too had posted a picture of himselfwith the ground in the background as he expressed his feelings about the venue.

Team India, after completing their three-day hard quarantine, have started preparing for the summit clash against New Zealand. The likes of Ravindra Jadeja, Mohammed Siraj and Cheteshwar Pujara shared pictures of them hitting the ground as they gear up for the all-important clash.

While India are preparing at The Ageas Bowl, New Zealand are set to play a Test match against England, starting Thursday at Edgbaston.

The Kane Williamson-led side played out a draw against England in the first Test at Lord's last week which saw their opener Devon Conway smashing a double-centuryon debut, breaking Sourav Ganguly's long-standing record.

Virat Kohli World Test Championship 2021 Cricket
Get the latest updates on ICC Women's Cricket World Cup 2022 and IPL 2022, check out the Schedule , Live Score and IPL Points Table. Like us on Facebook or follow us on Twitter for more sports updates. You can also download the NDTV Cricket app for Android or iOS.