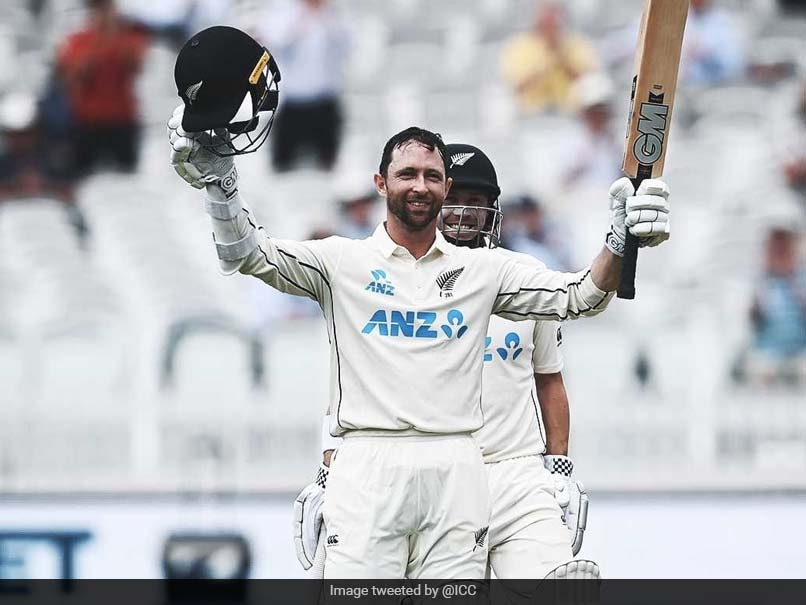 New Zealand batsman Devon Conway on Wednesday not only became the sixth cricketer to hit a Test hundred on his debut at Lord's but also broke former Indian skipper Sourav Ganguly's record at the venue. Conway achieved the feat on the opening day of the ongoing first Test against England. The left-handed batsman scored an unbeaten 136 as New Zealand marched to a strong position, finishing Day 1 at 246 for three.

Ganguly had scored 131 on his Test debut at Lord's in 1996 which was also the highest score by a debutant at the venue until Conway scored an unbeaten 136 on Wednesday. Interestingly, Conway and Ganguly also share a birthday of July 8.

With this century, Conway became only the third non-English batsman to score a century on Test debut at Lord's. Australian batsman Harry Graham had scored 107 against England on his Test debut in 1893.

Meanwhile, in the first Test, New Zealand finished with the score of 246/3 at stumps, with Conway and Henry Nicholls still at the crease on 136 and 46 respectively. Both batsmen have added 132 runs for the fourth wicket .

Opting to bat, New Zealand got off to a steady start as openers Tom Latham and Conway saw the new ball out, adding 58 runs for the first wicket.

The opening stand was broken in the 16th over as Ollie Robinsonbowled Latham (23), bringing New Zealand skipper Kane Williamson to the middle.

Along with debutant Conway, Williamson ensured that the visitors do not lose any more wickets before the lunch break and the side went into the interval with the score being 85/1.

After the lunch break, New Zealand got a big blow as Williamson (13) was clean bowled by James Anderson in the 26th over of the innings.

Ross Taylor next came out to bat and along with Conway, the duo put on 28 runs for the third wicket, but the stand was broken in the 38th over by Robinson as he had Taylor (14) adjudged leg-before wicket, reducing New Zealand to 114/3.

Nicholls along with Conway helped New Zealand to retrieve their innings. The run-scoring was not brisk like the first session, but both batters ensured they go into the tea break with seven wickets in hand.

In the  the tea break, debutant Conway registered his century in the 61st over of the innings as he brought the landmark in style, dispatching Robinson for a six.

Nicholls and Conway kept England bowlers at bay and the hosts were not able to take any wickets in the final session on the opening.

Lord's, London Cricket England vs New Zealand, 1st Test
Get the latest updates on IPL Auction 2023 and check out  IPL 2023 and Live Cricket Score. Like us on Facebook or follow us on Twitter for more sports updates. You can also download the NDTV Cricket app for Android or iOS.