England vs New Zealand, 1st Test: Devon Conway batted for the whole of Day 1 to put his side in a strong position. 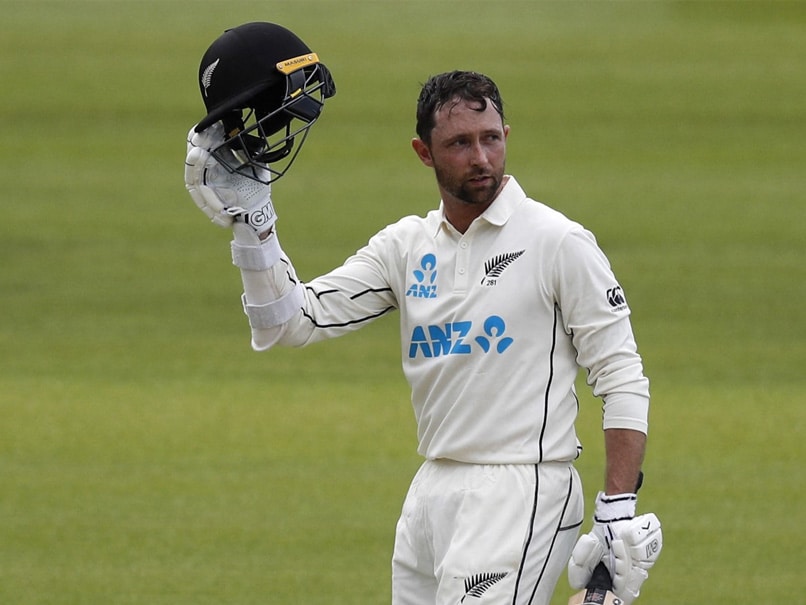 Devon Conway became just the sixth batsman to score a hundred on Test debut at Lord's to leave New Zealand well-placed at stumps on the first day of their series opener against England. The South Africa-born opener batted for the whole of Wednesday's play, with his 136 not out the cornerstone of New Zealand's 246-3 in a match that marks the return of spectators to international cricket in England after a 2020 season played behind closed doors because of the coronavirus pandemic.

Together with fellow left-hander Henry Nicholls (46 not out), Conway shared an unbroken stand of 132 after the tourists were in trouble at 114-3 on the first day of this two-match series.

On a day for debutants, Ollie Robinson marked his entry into Test cricket by leading England's attack with 2-50 in 16 overs.

But the 27-year-old Sussex fast bowler found himself under scrutiny when a number of racist and sexist historic Twitter messages he had posted as a teenager resurfaced.

The tweets, dating back to 2012, left Robinson and the England and Wales Cricket Board in an especially embarrassing position given both teams had lined up before play for a 'Moment of Unity' meant to show their opposition to discrimination within cricket.

England, in the absence of the injured Ben Stokes and Jofra Archer, opted for an attack built on four right-arm quick bowlers and no specialist spinner after Jack Leach was omitted from their XI.

Root, however, did come close to having Conway stumped by wicketkeeper James Bracey, one of two England debutants along with Robinson, on 117.

But replays confirmed Conway had dragged his foot back in time.

Conway was thrust into the action immediately after New Zealand captain Kane Williamson won the toss in what was the Black Caps' first match at Lord's since an agonising 'Super Over' loss to England in the 2019 World Cup final.

But while Williamson and fellow senior batsman Ross Taylor both fell cheaply, the 29-year-old Conway pressed on to a 163-ball century, reaching the landmark with a flamboyant whipped legside four, his 11th boundary, off Robinson.

Only five other batsmen had previously scored a Test debut hundred at Lord's, with Conway the first New Zealand international to achieve the feat.

New Zealand had the better of the morning session to be 85-1 at lunch after Robinson had Tom Latham playing on for 23.

But James Anderson, equalling retired former captain Alastair Cook's England record of 161 Test appearances, struck in the first over after the interval when Williamson played on for 13 as the runs dried up.

Robinson then had Taylor, playing down the wrong line, lbw for 14.

The Black Caps, who face India in the inaugural World Test Championship final at Southampton later this month, were without Trent Boult after the left-arm quick was granted family time in New Zealand following his stint in the Indian Premier League.

England Cricket Team Devon Conway Cricket
Get the latest updates on India vs Australia and check out  Schedule, Results and Live Score. Like us on Facebook or follow us on Twitter for more sports updates. You can also download the NDTV Cricket app for Android or iOS.