"A Cuppa Tea, My Thoughts And A View Of The 22 Yards": Mithali Raj Posts Picture From Southampton

Mithali Raj will be leading India in the one-off Test against England at Bristol and the three ODIs to follow. 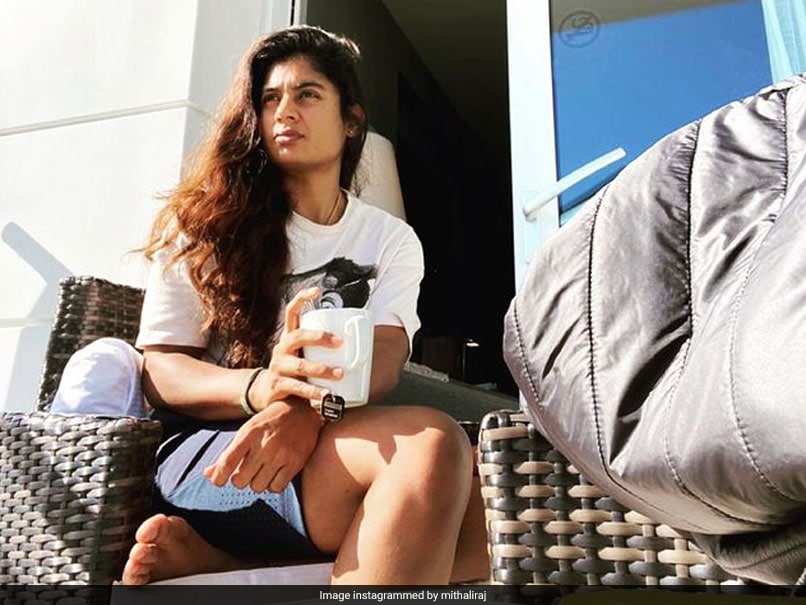 Mithali Raj shared an image of herself soaking up the sun in Southampton.© Instagram

India Women's Test and ODI captain Mithali Raj has posted a picture from Southampton of her holding a cup of tea in her hands. Mithali, who will lead India in the one-off Test to be played against England at Bristol from June 16 to 19 and then the three One-day Internationals, captioned the picture, "A cuppa tea, my thoughts and a view of the 22 yards." Mithali and the women's team were serving their quarantine period along with the men's team in the same hotel attached to the Ageas Bowl cricket stadium in Southampton, where the final of the first World Test Championship will be played from June 18 to 22.

India and England will square off in a four-day Test match, which will also be the visitors' first in seven years. Then they will face each other from June 27 in three ODIs and as many T20 Internationals.

The first ODI will be played at Bristol June 27, followed by the second at Taunton on June 30 and the third at Worcester.

The T20 International series, where Harmanpreet Kaur will lead the side, will be played at Northampton (June 9), the 2nd T20I at Hove (July 11) and the at Chelmsford on July 15.

The men's team have long engagements in England, beginning with the first-ever World Test Championship final against New Zealand at this very venue. Thereafter, India have a long break before they take on England in a five-Test series. The first Test will be played at Trent Bridge from August 4 to 8, followed by matches at Lord's, Headingley, The Oval and Old Trafford.

India Women Mithali Raj Harmanpreet Kaur Cricket
Get the latest updates on ICC Women's Cricket World Cup 2022 and IPL 2022, check out the Schedule , Live Score and IPL Points Table. Like us on Facebook or follow us on Twitter for more sports updates. You can also download the NDTV Cricket app for Android or iOS.