"Will Be Difficult To Perform Instantly" After Long Break: Poonam Yadav

The Indian women's cricket team's proposed tour, the only major assignment before next year's ICC Women's World Cup, was called off earlier this week due to the COVID-19 pandemic. 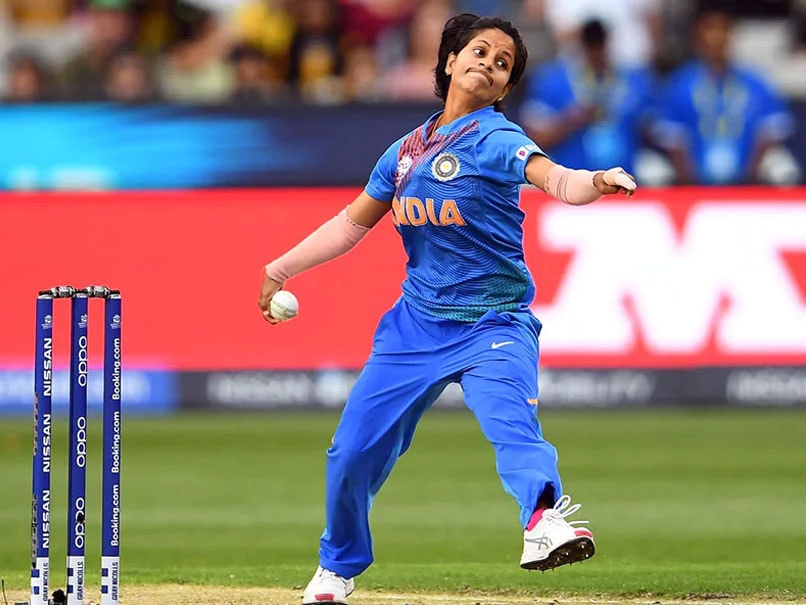 Deprived of some much-needed game time with the cancellation of England tour, senior India spinner Poonam Yadavreckons it could be extremely difficult for the World Cup-bound players to turn up and "instantly" deliver after the long coronavirus-forced break. The Indian women's cricket team's proposed tour, the only major assignment before next year's ICC World Cup, was called off earlier this week due to the COVID-19 pandemic.

"If you turn up at the ground after four-five months, it will be very difficult to perform instantly for all players," Poonam told PTI.

"But we are keeping ourselves fit and when we are allowed to resume group training, we should be back to full fitness in 20-25 days," she added.

Poonam has not seen a proper cricketing facility since turning up at the iconic MCG for the T20 World Cup final in March and with the only scheduled series before next year's ODI World Cup cancelled, she may not get to play an international game for the rest of the year.

The fate of the 2021 World Cup, scheduled in New Zealand in February-March, could be decided within the next two weeks.

Last edition's runners-up India are hoping to end their ICC title drought in New Zealand but Poonam said it will be a massive challenge considering the uncertain situation they find themselves in following the cancellation of England tour.

"It is a massive challenge. I have been bowling here but it is totally different in a competitive environment. We last played in March and there is still no clarity over our next series," said the senior India player, who has featured in one Test, 46 ODIs and 67 T20Is.

Not knowing when the next game is unsettling for most athletes but Poonam, who was India's highest wicket-taker in the mega event in Australia, also chooses to see the bright side amid the gloom caused by the COVID-19 pandemic.

The 'lockdown life' has allowed her to spend quality time with family in Agra and do things that a hectic cricketing schedule did not allow her to do.

She can cook now and even ride a Bullet, something she could not do earlier for the fear of getting injured.

"There are many things I have done in this phase that otherwise I didn't have time for. Spending time with family, watching TV (mainly Mahabharat and Ramayan)."

"I can cook now, my mother always wanted me to learn that. I had never cooked anything other than chai and Maggi but thanks to the lockdown, I can make a few more.

"The first two months of lockdown I did not do anything, but then, I was like I have to help my mother now that I have the time."

While the 28-year-old is enjoying the household chores, she has not compromised on her fitness one bit and even got a gym set up at home.

"We have to be fit, we could be called anytime to play. I have also started bowling now three times a week," she said.

Poonam is also proud about overcoming her paranoia of getting injured while riding a Bullet.

"I always wanted to ride a Bullet but I was not being able to learn with the the schedule that I had. There was this fear also, what if I get injured. So I never used to try it but now I have learnt that, thanks to my brother.

"I am not fully comfortable yet but if it is an emergency, I can ride it."

The ace cricketer also wanted to get a carrom board all these months but she decided against outdoor shopping due to safety reasons.

Poonam began with a bang in the T20 World Cup, taking a four-wicket haul against eventual champions Australia.

The hosts had very little idea about her googlies. For someone who documents her work in a diary, Poonam is aiming to add more weapons to her armoury in the next few weeks.

"If the Word Cup happens as scheduled, there is hardly anytime left. I plan to start working on a few variations, like working on a flipper and top-spin. Flipper is much tougher and it will take me at least three-four months to perfect the ball."

Poonam has been part of both the World Cup finals India played in the last three years and lost.

Asked about India's inability to win the knock-out gamesafter doing well in league stages, Poonam added: "I feel we are right up there. The variety that we have most teams don't, including Australia.

"After doing so well in knock-outs, we start thinking about the result and what we will do after (we win) rather than staying in the present and following the process like we do it in the earlier stages of the tournament.

"It is all about handling pressure in the big games and whoever does it better wins. Australia handled it much better than us (in T20 WC final)," she added.

India Women Poonam Yadav Cricket
Get the latest updates on ICC T20 Worldcup 2022, check out the Schedule and Live Score. Like us on Facebook or follow us on Twitter for more sports updates. You can also download the NDTV Cricket app for Android or iOS.