The Indian women's cricket team declared at 377/8 before taking four wickets in response on Day 3 of the one-off Pink-ball Test against Australia. 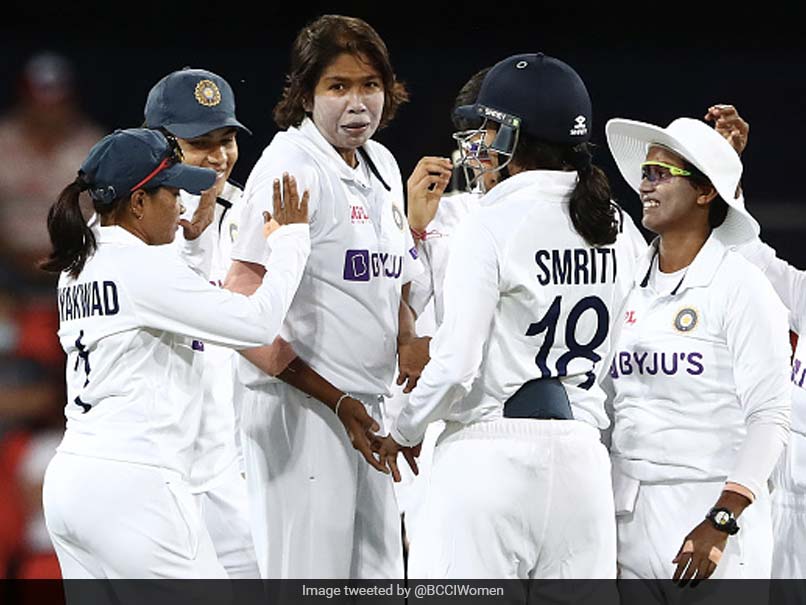 Australia were 143/4 at stumps on Day 3 after the Indian women's cricket team posted 377 for eight declared on Day 3 of the one-off Pink-ball Test at the Metricon Stadium in Queensland on Saturday. Jhulan Goswami led India's charge with the ball, dismissing Beth Mooney and Alyssa Healy before the Tea break to put India firmly in control. Pooja Vastrakar then removed Meg Lanning and Tahlia McGrath. Earlier, Deepti Sharma hit her second Test half-century as the Indian batters made Australia toil. Though, India made slow progress, they lost just two wickets in the pre-Dinner session. India had ended Day 2 at 276/5 after rain brought stumps prematurely on a day opener Smriti Mandhana scored her maiden century. Mandhana put on a display of exceptional batting class to pace her innings to perfection. She was dismissed by Ashleigh Gardner after scoring a magnificent 127 off 216 balls. Australian bowlers suffered due to inconsistent performances on the opening two days.

Australia Women Live Score Live Cricket Score Cricket Smriti Mandhana Deepti Sharma
Get the latest updates on India vs South Africa and check out  Schedule, Results and Live Score. Like us on Facebook or follow us on Twitter for more sports updates. You can also download the NDTV Cricket app for Android or iOS.