West Indies and South Africa will meet in the last preliminary match on Friday. The winners will face Australia in Sunday's tri-nation ODI series final 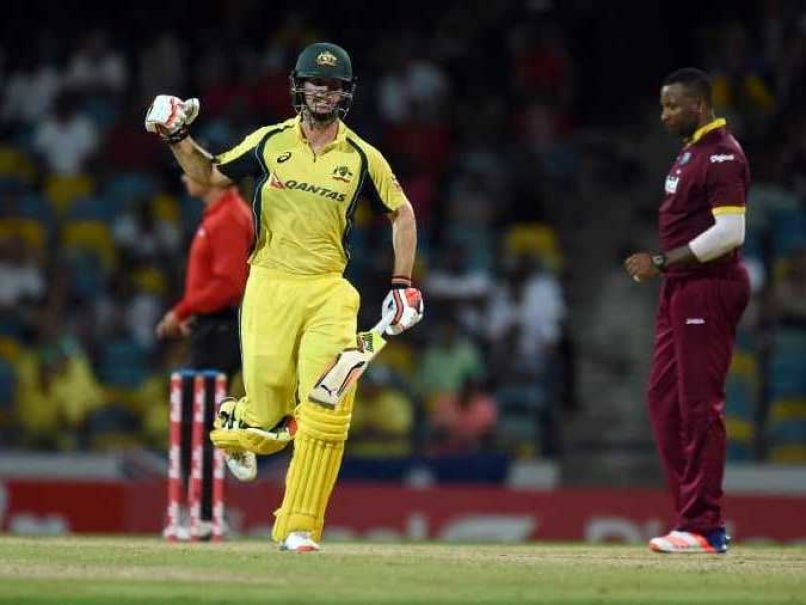 Mitchell Marsh celebrates after Australia beat the West Indies by six wickets to advance to the final of the tri-nation ODI series.© AFP

Australia displayed the composure and assurance of world champions to chase down a target of 283 and advance to the final with a six-wicket victory over the West Indies in the seventh match of the tri-nation One-Day International series at Kensington Oval in Barbados on Tuesday.

Marlon Samuels' first-ever hundred against Australia and a record-breaking partnership with Denesh Ramdin lifted the West Indies to a competitive 282 for eight batting first.

But half-centuries by captain Steven Smith and all-rounder Mitchell Marsh, together with a quickfire unbeaten 46 from Glenn Maxwell ensured that the target was reached with eight balls to spare.

West Indies and South Africa will now meet in the last preliminary match on Friday with the winners to face the Aussies in Sunday's final.

Smith and Marsh steadied Australia's effort following the loss of three early wickets with a 122-run fourth-wicket partnership that set the World Cup-holders back on course.

However, when Smith was run out for 78 in the 42nd over, any hopes the West Indies had of claiming the victory that would have eliminated Australia were extinguished by Maxwell.

Displaying his full range of unorthodox shots, he crashed five fours and two sixes off just 26 balls to banish any lingering anxiety among his teammates in the dressing room. Marsh was left unbeaten on 79, his mature knock going a long way towards fulfilling a lot of the promise that has been expected of him in Australia's middle-order.

"Mitch played really well all the way through and Glenn was brilliant at the end there," said a delighted Smith after the match. "We knew it was challenging target but we always backed ourselves to get home."

It was so different at the halfway point of the match following Samuels' superb knock, an effort that earned him the "Man of the Match" award.

Dismissed off the last ball of the innings for 125 which included 14 fours and two sixes off 134 deliveries, Samuels' tenth one-day hundred followed a match-winning 92 in the last meeting between the two teams in St. Kitts a week earlier. Amazingly, they were his first two scores over 50 in ODI cricket against the Australians for more than 14 years.

Ramdin, who matched his senior partner shot-for-shot in an entertaining innings of 91, joined Samuels at the crease with the West Indies faltering at 31 for three in the ninth over after Smith had won the toss and chose to field.

They put on 192 for the fourth wicket, a new record for the West Indies against Australia as it surpassed the mark of 149 set by Clive Lloyd and Rohan Kanhai in the inaugural World Cup final at Lord's exactly 41 years earlier.

During the course of his innings, Samuels went past the landmark of 5,000 ODI runs while Ramdin became the first West Indies wicketkeeper to reach the plateau of 2,000 runs in this format of the game before Mitchell Starc broke the partnership by bowling Ramdin.

Two of the three sixes in his 92-ball innings were consecutive straight hits off Starc, the left-arm fast bowler finishing with figures of three for 51. He should have also claimed the wicket of Samuels but wicketkeeper Matthew Wade failed to hold on the chance offered when the Jamaican batsman was on 65.

Starc had dispatched openers Johnson Charles and Andre Fletcher while Josh Hazlewood accounted for Darren Bravo via a diving slip catch by Smith within the first nine overs of the match.

"We put in a good effort but being a bowler short for most of the innings cost us," said West Indies captain Jason Holder, who could only deliver two overs before leaving the field with a leg injury.

"We have to lift ourselves to face South Africa on Friday and I'm confident of us putting in a good effort."