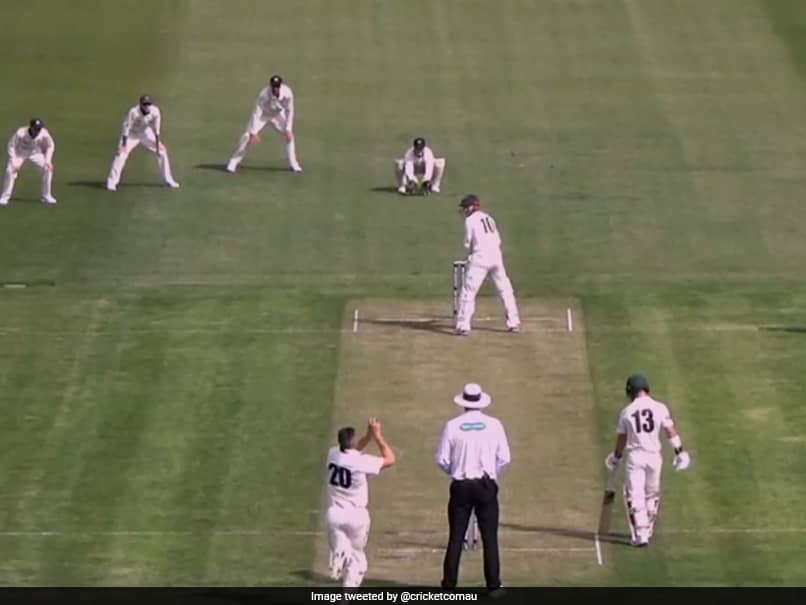 Australia batsman George Bailey has not represented his national team since December 2016 but away from international cricket he continues to grab eyeballs in the domestic circuit. George Bailey, who is known for experimenting with his batting stance, came up with another bizarre stance during the Sheffield Shield match between Tasmania and Victoria. The unusual stance showed Bailey's body facing the wicket-keeper but his head in a normal position, looking forward. He, however, returned to an orthodox position when the ball was released. The incident took place in the 25th over of the Tasmanian innings, leaving fans bewildered.

One of the fan also thought Bailey's move was an updated version of West Indies legend Shivnarine Chanderpaul's unorthodox stance.

Bailey notched scores of 41 and 10 in the match against Victoria as his side Tasmania won the the contest by six wickets.

The 37-year-old has, however, failed to hit the purple patch ever since being dropped from the Australian side. His recent scores includes only two half-century knocks in nine innings with a high score of 70.

Bailey was also the former captain of Australia's T20I side and vice-captain of the ODI team. He succeeded Cameron White as the T20I captain which made him only the second player after Dave Gregory to lead Australia on debut in any format.

George Bailey Cricket
Get the latest updates on India vs Australia Series, check out the India vs Australia Schedule for 2020-21 and Ind vs Aus live score . Like us on Facebook or follow us on Twitter for more sports updates. You can also download the NDTV Cricket app for Android or iOS.