Mahendra Singh Dhoni was adjudged the Man of the Match for his brilliant brace against All Stars FC. 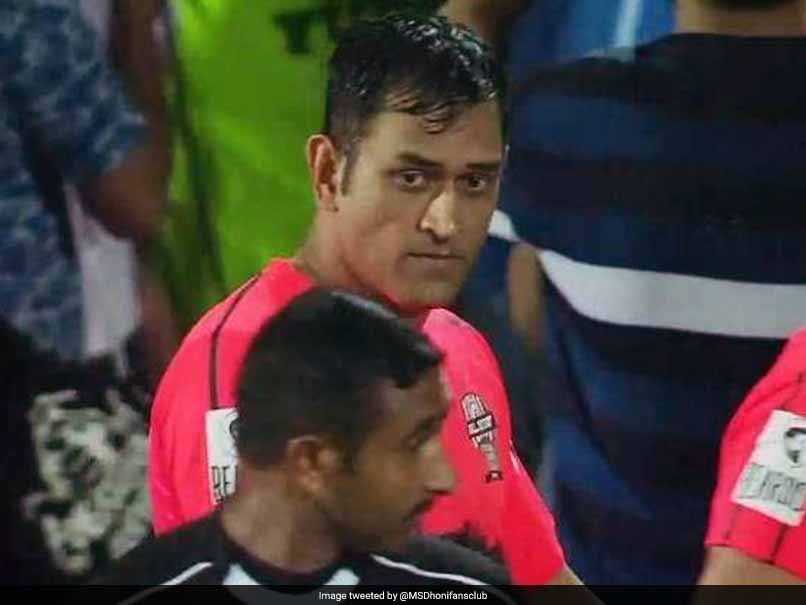 After the success of the first match of the Celebrity Clasico last year, which ended in a 2-2 draw, Virat Kohli (The Virat Kohli Foundation) and Abhishek Bachchan (Playing for Humanity) once again got together to organise the second edition of the Celebrity Clasico between All Hearts FC and All Stars FC at Mumbai Football Arena, Andheri Sports Complex on Sunday. However, it was former India captain Mahendra Singh Dhoni who stole the limelight with a brilliant brace as All Hearts secured a 7-3 win over the All Stars. Dhoni's skills with the football is quite well known but this performance showed the world just how good he is with his feet.

While the first was a deflected strike that gave his team a 1-0 lead, Dhoni's second was a wonder free-kick that most pro footballers would have been proud of.

Not only did the fans in the stadium kept chanting 'Dhoni, Dhoni', Twitter was in a frenzy post Dhoni's magnificent goals.

People doubting Dhoni for 2019 WC...Man he can play football for the country..2 goals already #CelebrityClasico

First goal for all hearts FC by MSDhoni just in the #7th minute. #CelebrityClasico2017

Legend Dhoni scored 2nd goal of the match. This goal was as good as like a professional footballer #CelebrityClasico2017

Any reason to remind why DHONI is the BEST always and anywhere!Cmon he creates a new reason everytime,TheLegendForaReason #CelebrityClasico

All Hearts, coached by Sunil Chhetri, looked ever so menacing with Kohli also showing his skills on the field. Though, Dhoni grabbed the eyeballs in the charity game, other players of the Kohli-led side too played their heart out.

Anirudh Srikanth, son of former India opener Kris Srikanth, scored a brace to put the result beyond any doubt. Indian skipper Virat Kohli was not one to be left behind and besides a brilliant chipped goal in added time in the second half, he also had an assist to his name.

India opener Shikhar Dhawan also scored from the spot while Kedar Jadhav also got his name on the scoresheet.

Kohli, co-owner of the Indian Super League (ISL) team FC Goa, has been very open about his love for the game of football. Abhishek Bachchan is also the co-owner of Chennaiyin FC in the ISL.

Comments
Topics mentioned in this article
Cricket India Cricket Team Football Virat Kohli MS Dhoni Shikhar Dhawan Kedar Jadhav
Get the latest updates on Fifa Worldcup 2022 and check out  Fifa World Cup Schedule, Stats and Live Cricket Score. Like us on Facebook or follow us on Twitter for more sports updates. You can also download the NDTV Cricket app for Android or iOS.