Amitabh Bachchan smashed Harbhajan Singh for a four and a six, with Irfan Pathan commentating in the background, on TV show 'Kaun Banega Crorepati'. 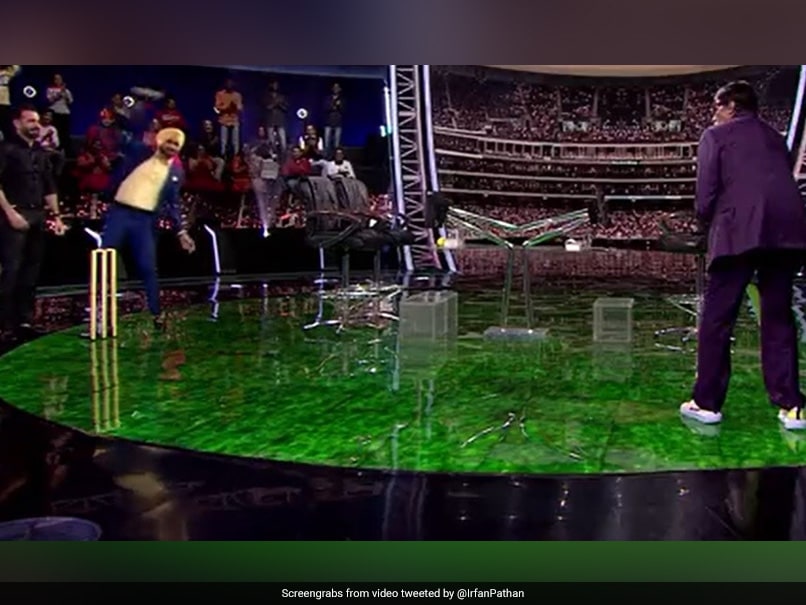 Former India cricketers Harbhajan Singh and Irfan Pathan recently made an appearance on popular Hindi-language television game show 'Kaun Banega Crorepati'. The episode featuring the duo will be televised on Sony TV on Friday night. Hosted by legendary Bollywood actor Amitabh Bachchan, the episode will also mark the end of the ongoing season of the show. The teaser of the episode with the two cricketers starts with Irfan requesting the host Amitabh Bachchan to play cricket with them. "Sir, we have played cricket with the legends of the game. But there is one legend - Amitabh - whom we are yet to play against," Irfan is seen saying in a video shared by him on Twitter.

The legendary actor is stumped by this request but he sportingly agrees to face Harbhajan and even manages to hit the Indian spin great for two good shots. Irfan can be heard commentating while Amitabh faces Harbhajan.

'Kaun Banega Crorepati' is the Hindi adaptation of the popular British television game show 'Who Wants To Be A Millionaire?' that debuted on television in the late 90s.

Irfan Pathan
Get the latest updates on ICC T20 Worldcup 2022, check out the Schedule and Live Score. Like us on Facebook or follow us on Twitter for more sports updates. You can also download the NDTV Cricket app for Android or iOS.