Sachin Tendulkar, who was conferred with the honorary rank of Group Captain in 2010, paid tribute to the Indian Air Force (IAF) on its 87th anniversary. 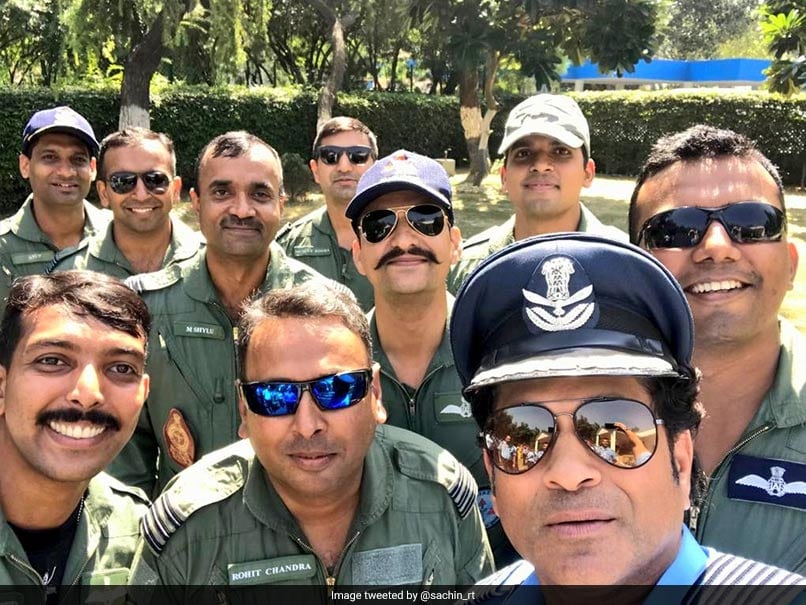 Sachin Tendulkar, who was conferred with the honorary rank of Group Captain in 2010, attended the celebration of the Air Force Day on their 87th anniversary at the Hindon Air Force Station in Ghaziabad on Tuesday. Cricket legend Sachin Tendulkar also paid tribute to the Indian Air Force (IAF) by tweeting, "On the occasion of Indian Air Force Day, best wishes to all. I thank all the soldiers and officers for always keeping India safe. Seeing the excitement regarding the Prime Minister Modi-initiated Swacch Bharat Mission, I hope India forever remains healthy, clean, and safe. Jai Hind".

Wing Commander #AbhinandanVarthaman leading the flying parade in the MiG-21 Bison at the 87th Anniversary of the @IAF_MCC!
His spirit and courage is an inspiration to all of us. Had goosebumps seeing him lead the parade today.#AFDay19 pic.twitter.com/FZOU0CHueS

The Air Force Day is celebrated at Hindon base in presence of the Indian Air Force or IAF chief and senior officials of the three armed forces every year.

The IAF was founded on October 8, 1932, and has participated in several crucial wars and landmark missions.

Tendulkar had represented the nation in 200 Tests and 463 One-day Internationals (ODIs). He had also scored a massive 15,921 Test runs and 18,426 ODI runs for India with a total of 100 centuries under his belt.