According to the Pakistan Cricket Board (PCB) press release, Ahmed Shehzad's ban will come into effect from July 10, 2018. 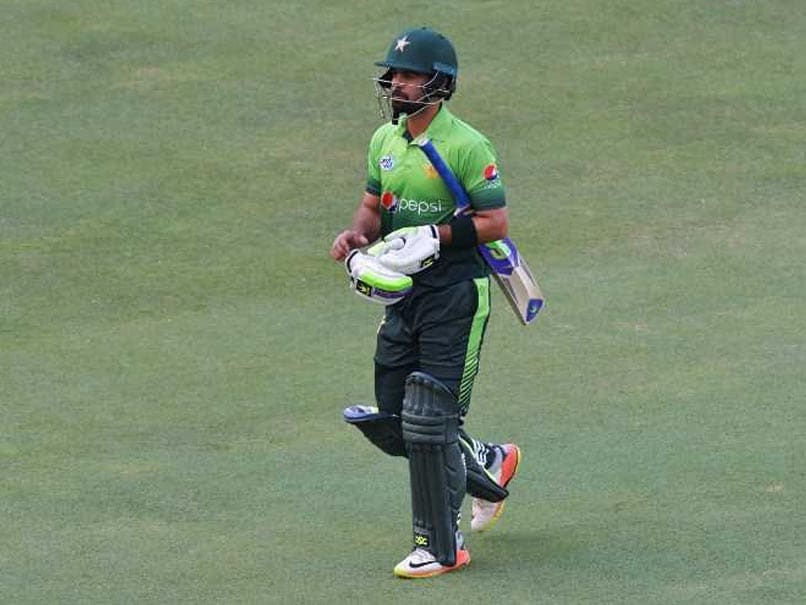 Ahmed Shehzad was banned for four months by the Pakistan Cricket Board (PCB).© AFP

The Pakistan Cricket Board (PCB) on Friday banned opener Ahmed Shehzad for four months for violating the national board's anti-doping rules. According to the Pakistan Cricket Board (PCB) press release, the ban will come into effect from July 10, 2018. "Cricketer, Ahmad Shehzad was provisionally suspended and was issued a notice of charge by PCB on 10th July 2018 for the presence of a prohibited substance in his sample which was collected through an in-competition doping test during the Pakistan Cup 2018. Ahmad was charged with two anti-doping violations of the PCB Anti-Doping Rules 2016 ("PCB Rules")," the PCB said in a press release.

"Ahmad accepts that he has committed the violations of the PCB Rules, but had no intent to cheat or enhance his performance. Pursuant to a request from Ahmad, agreed sanctions under Article 8.6 of the PCB Rules have been reached," the release further added.

According to the release, "A four (04) month period of ineligibility, commencing from the date of his provisional suspension, i.e. 10th July 2018, has been imposed on Ahmad Shehzad. Additionally, as a part of his rehabilitation process Ahmad shall also deliver lectures on anti-doping to such audiences and at such places as the PCB may require. The public decision containing the detailed agreed sanctions will be uploaded on PCB's official website."

Chairman PCB, Ehsan Mani, emphasised that "PCB has a zero tolerance policy towards doping in cricket and hopes that in future cricketers will exercise utmost care to ensure that no Prohibited Substances enter their system".

Ahmed Shehzad also took to Twitter and said that he accepts the verdict. He also said that it is lesson for him and his fellow cricketers. The 26-year-old also vowed to come back stronger.

My doping case verdict is acceptable to me. I accept the sanction handed out by PCB. I inadvertently consumed a medicine which as an experienced cricketer I should have refrained from. I am fully committed to returning to cricket as soon as my ban is over (November 11, 2018.)

This is a lesson for me personally as well as my fellow cricketers and I hope to make a strong comeback from here. Remember me in your prayers.

Ahmed Shehzad made his last appearance for Pakistan against Scotland in a Twenty20 International (T20I) match at Edinburgh on June 13, 2018.

Ahmed Shehzad Cricket
Get the latest updates on Fifa Worldcup 2022 and check out  Fifa World Cup Schedule, Stats and Live Cricket Score. Like us on Facebook or follow us on Twitter for more sports updates. You can also download the NDTV Cricket app for Android or iOS.