Pakistan beat World XI by a thumping 33 runs in the final Twenty20 today to clinch a three-match series which marked the return of international cricket to the country. 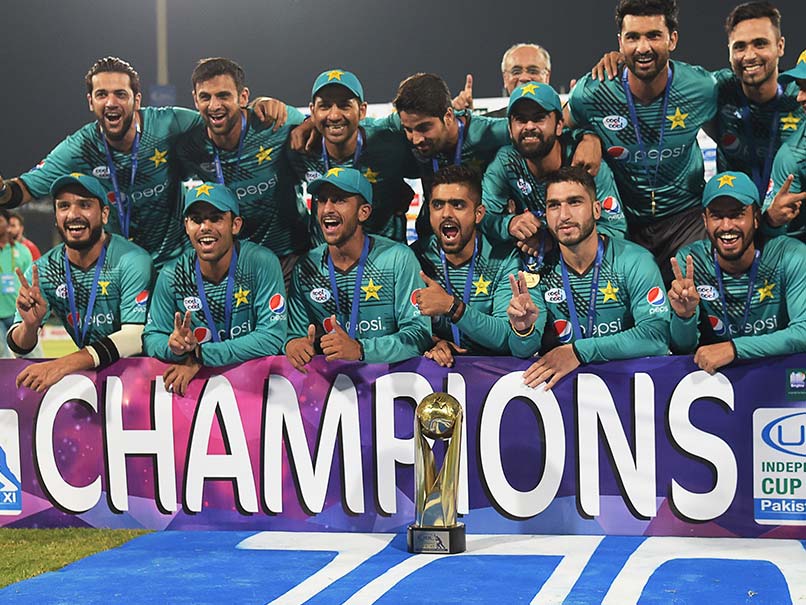 Pakistan beat World XI by a thumping 33 runs in the final Twenty20 today to clinch a three-match series which marked the return of international cricket to the country on Friday. Set a target of 184 to win, the World XI only managed 150-8 at Lahore's Gaddafi Stadium to concede the series to the home team by 2-1. David Miller and Thisara Perera scored 32 each while Hasan Ali took 2-28. Pakistan opener Ahmed Shehzad had earlier missed his second Twenty20 international century when he fell for 89. His 55-ball knock included eight fours and three sixes.

Pakistan secure a historic series victory as they beat the World XI by 33 runs in the 3rd #PAKvWXI T20I to win the series 2-1. pic.twitter.com/6RmdsKqlLC

The hosting of the short series is a major step towards convincing international teams to begin touring Pakistan again, with Sri Lanka already due to play a Twenty20 match in Lahore on October 29.

Foreign teams have refused to tour Pakistan since a militant attack on the Sri Lankan team bus in Lahore in March 2009.

Under Sarfraz Ahmed, Pakistan team outsmarted the World XI -- with players from seven countries -- in Friday's decider to match the important occasion by claiming the series 2-1.

Pakistan had won the first match by 20 runs on Tuesday before World XI levelled the series with a seven-wicket victory in the second on Wednesday.

Batting for World XI, only Thisara Perera, with a 13-ball 32 including three sixes and two fours, and David Miller, who hit a 29-ball 32, made significant contributions.

Others never got going in a shaky chase which saw three World XI batsmen run out. Pakistan pacer Hasan Ali finished as the best bowler with figures of 2-28.

Pakistan had piled up 183-4 after they were sent into bat by World Xi skipper Faf du Plessis.

Pakistan's innings was built around opener Ahmed Shehzad's 55-ball 89 and a 31-ball 48 by Babar Zaman. The two added 102 runs for the second wicket after Pakistan lost Fakhar Zaman for 27.

Shehzad fell 11 short of his second Twenty20 hundred as he attempted a single off a wide ball. He cracked eight boundaries and three sixes.

His and Pakistan's only hundred in a Twenty20 international had come against Bangladesh during the World Twenty20 tournament in 2014.

Shoaib Malik hit two sixes in his seven-ball 17 not out as Pakistan added 58 in the final five overs to reach 183.

Sri Lankan seamer Perera was the pick of World XI's bowlers with 2-37 in his four overs.

During the innings break the Pakistan Cricket Board arranged a lap of honour for retired greats Shahid Afridi and Misbah-ul-Haq. The two were given a standing ovation by a packed 25,000 crowd.

The series was arranged as part of Pakistan's efforts to bring back international cricket to the country, which has only hosted Zimbabwe for a limited-over series in 2015.

Pakistan hopes the successful staging of this series will help them host Sri Lanka for a Twenty20 international on October 29, at the end of their full series in the United Arab Emirates.

A month later they are also likely to host the West Indies for three Twenty20 matches.

Comments
Topics mentioned in this article
Pakistan Cricket Team World XI Sarfraz Ahmed Faf du Plessis Cricket
Get the latest updates on India vs Australia and check out  Schedule, Results and Live Score. Like us on Facebook or follow us on Twitter for more sports updates. You can also download the NDTV Cricket app for Android or iOS.