Tim Murtagh scored 54 not out and 27 in each innings for Ireland vs Afghanistan to create a new Test record. 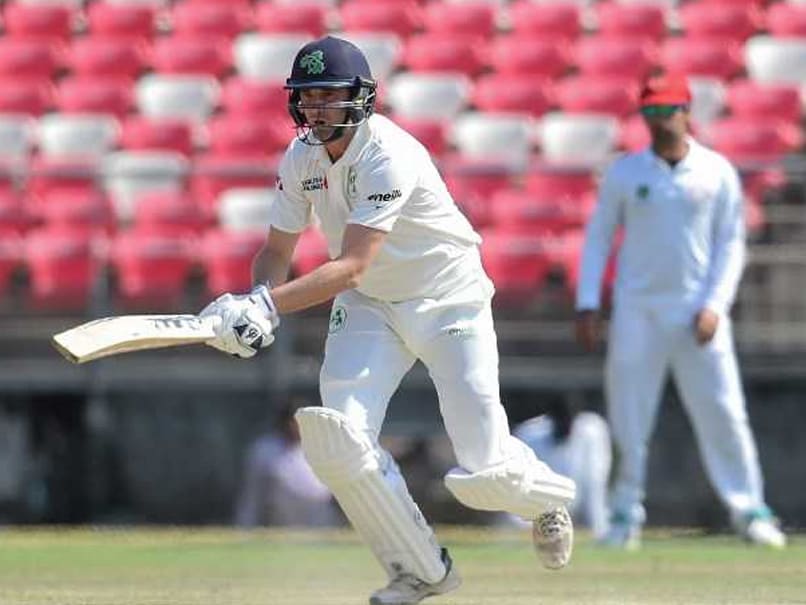 Tim Murtagh became the first number 11 to score more than 25 runs in each innings of a Test.© AFP

Ireland and Afghanistan are playing only their second Test after making their respective debuts in the five-day format last year. While Afghanistan and Ireland shared the spoils in the five-match One-Day International (ODI) series, the teams are locked in an intense battle in the one-off Test with a maiden Test win up for grabs. Afghanistan require 118 more runs to win while Ireland need another nine wickets. But on Sunday, Irish cricketer Tim Murtagh entered the record books by becoming the first number 11 batsman to make 25-plus scores in each innings of a Test match.

On Day 3, Ireland batsmen Andy Balbirnie made 82 and Kevin O'Brien 56 before a 10th-wicket 58-run partnership between James Cameron-Dow and Tim Murtagh set up a potentially tricky chase for the Afghans.

Cameron-Dow was left unbeaten on 32 after number 11 Murtagh, who hit 54 not out in Ireland's first innings score of 172, was the last man out on 27.

Murtagh's half-century in the first innings also helped become only the 11th number 11 to top-score in a Test innings.

However, Murtagh's record-breaking performance might not be enough to save Ireland in the one-off Test being played at the Rajiv Gandhi International Cricket Stadium in Dehradun.

Spinner Rashid Khan claimed five wickets to put Afghanistan in sight of their maiden Test victory after bowling out Ireland for 288 on day three.

Chasing 147 to win, Afghanistan were 29 for one at stumps. Ihsanullah Janat, on 16, and Rahmat Shah, on 11, were batting at close of play.

"Feeling happy to get some wickets for the team when the team needed me," Rashid Khan, who has taken seven wickets in the match, told reporters.

"It was tough to grip the new ball because I had a finger injury and tough for me to pitch it on the right length as was paining a lot," he said, referring to the injured middle finger of his bowling arm.

Afghanistan Tim Murtagh Rashid Khan Afghanistan vs Ireland, One-off Test Cricket
Get the latest updates on India vs South Africa and check out  Schedule, Results and Live Score. Like us on Facebook or follow us on Twitter for more sports updates. You can also download the NDTV Cricket app for Android or iOS.