Afghanistan successfully defended their total of 287 and beat Ireland by 16 runs in the first ODI in Abu Dhabi. 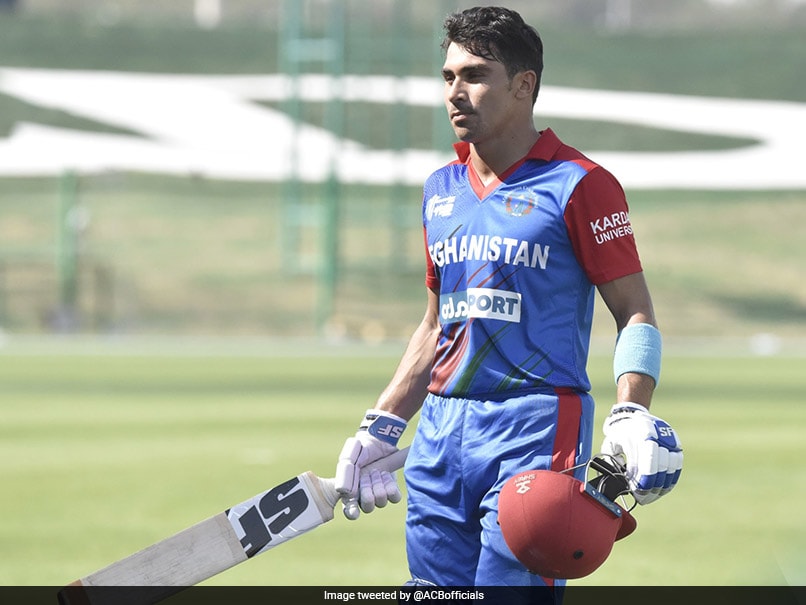 Rahmanullah Gurbaz scored a run-a-ball 127 against Ireland on his ODI debut.© Twitter

A breathless century on his debut from teenage opener Rahmanullah Gurbaz helped Afghanistan to a 16-run win over Ireland in the first ODI in Abu Dhabi on Thursday. The 19-year-old, who hit a run-a-ball 127, and some late slogging from Rashid Khan, who smashed 55 from 30 balls, took Afghanistan to an imposing 287 for nine from their 50 overs. Off-spinner Andy McBrine was the pick of the Irish bowlers, picking up 5-29 from his 10 overs. But it proved to be too many for the Irish batsmen who struggled from the start. Lorcan Tucker made a battling 83 but they fell 16 runs short of the target.

Afghanistan took 10 points from the match which is the first in the World Cup Super League which serves as part of the 2023 Cricket World Cup qualification process.

After winning the toss and choosing to bat, Afghanistan got off to a solid start thanks in main to Gurbaz who made his first 50 from 38 balls as he scored the lion's share of an opening partnership of 120 with Javed Ahmadi.

He had 74 to his name by the time Ahmadi was caught by Singh off McBrine on the boundary for 38.

Gurbaz reached his hundred off 115 deliveries and went on to make 127, which included nine sixes and eight fours, before slogging a long hop from Gareth Delany down the throat of Simi Singh on the square leg boundary.

When he fell at 198-6, the Afghanistan innings was in trouble after McBrine had assiduously worked his way through the middle order, finding turn and bounce.

This was McBrine's first ODI five-wicket haul during which he became the eighth Irish bowler to take 50 ODI wickets.

Najibullah Zadran steadied the ship with 29 before Rashid Khan came in to hammer 55 from 30 balls, including five sixes, to take the innings away from Ireland.

It was always a stiff target for Ireland as the average second innings total at the Sheikh Zayed Stadium is just 206, although Pakistan did chase down 294 there against the West Indies in 2008.

They got off to the worst possible start, losing Kevin O'Brien in the third over, leg before to Naveem-ul-Haq.

As wickets fell at the other end, Paul Stirling made a rapid 39 before he too was trapped leg before by Mohammad Nabi.

At 88-4, Ireland were in trouble but Tucker and Curtis Campher (39) gave them renewed hope with an 86-run partnership for the fifth wicket.

Tucker attempted to increase the scoring rate but having reached 83 from 96 balls (three fours and three sixes), he was stumped by a delighted Gurbaz to round off a performance that secured him the man of the match award.

The second game in the three-match series takes place at the same venue on Sunday.

Ireland Cricket Team Cricket
Get the latest updates on Fifa Worldcup 2022 and check out  Fifa World Cup Schedule, Stats and Live Cricket Score. Like us on Facebook or follow us on Twitter for more sports updates. You can also download the NDTV Cricket app for Android or iOS.