Aaron Finch's wife Amy crashed his Question and Answer session on Twitter as she asked him a question related to a household chore. 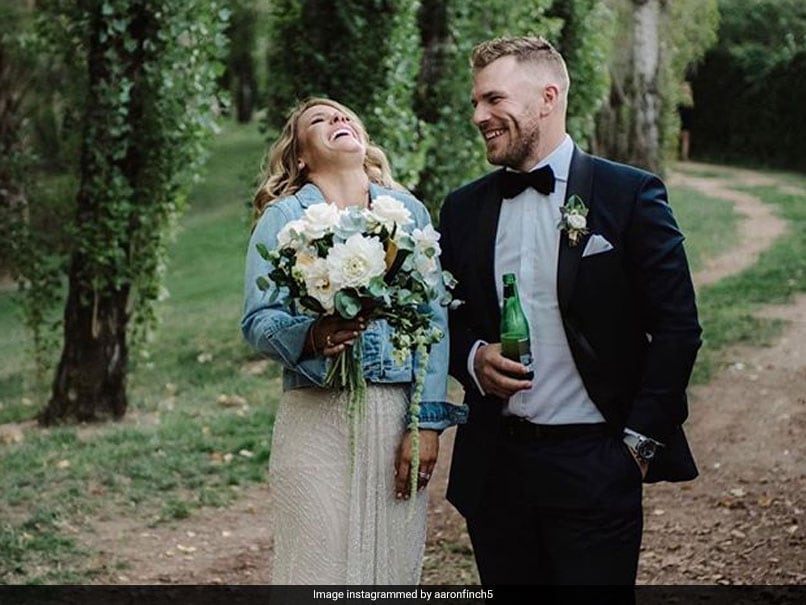 Aaron Finch, Australia's limited-overs captain, conducted a Question and Answer session (Q&A session) on Twitter and asked his followers to shoot out their questions. Finch's fans flooded his post with different kinds of questions but what stood out among all was his wife Amy Finch crashing his interaction with the fans. "What are the chances of you putting the washing away?," Amy Finch asked her husband on Twitter. The 33-year-old opener won the conversation with a sweet reply. "I cooked dinner," Finch replied to his wife. However, Amy was quick to remind him that he didn't do it all by himself. "With some help I recall," she replied.

Here is the full conversation between the couple:

With some help I recall.

Aaron Finch is enjoying time away from the field as he not a part of Australia's Test set-up for quite some time now. In fact, he hasn't played a Test match since David Warner returned to the Test set-up after serving his ball-tampering ban.

However, Finch is a regular name every time they play a limited-overs match. He led Australia in the World Cup 2019 in the United Kingdom earlier this year and after that he led Australia to back-to-back T20 series wins against Sri Lanka and Pakistan.

Under his leadership Australia completed 3-0 whitewash over Sri Lanka, while they crushed Pakistan 2-0 after the first match was washed out.

Australia's next limited-overs assignment is against India away from home where they will play three ODIs between January 14-19.

Aaron Finch Cricket
Get the latest updates on T20 World Cup, check out the T20 World Cup Schedule and Live Score . Like us on Facebook or follow us on Twitter for more sports updates. You can also download the NDTV Cricket app for Android or iOS.