CWG 2022: Here's Why Shafali Verma Survived Stumping Despite Being Out Of Crease

According to the rules of cricket, the ball should be in the hand of the fielder when the contact is made with the wickets and the bails are removed. 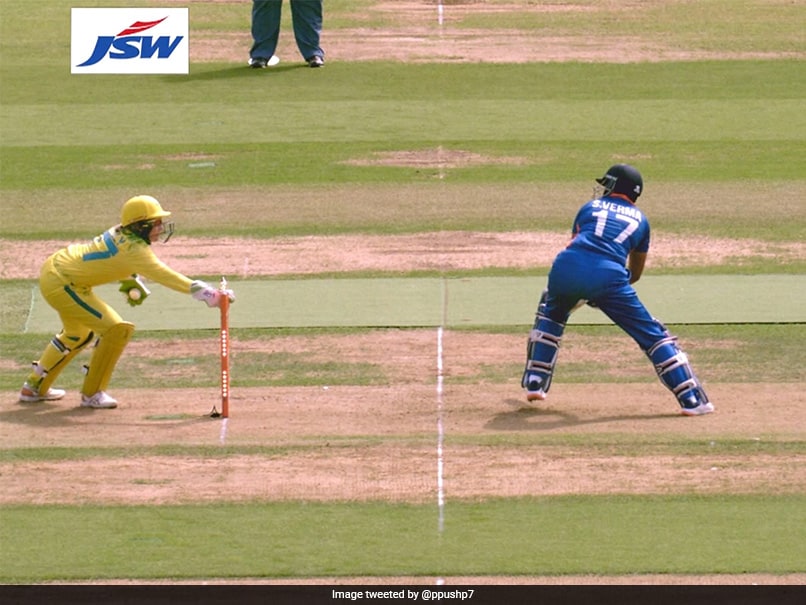 The Indian women's cricket team started its campaign in the Commonwealth Games against favourites Australia at the Edgbaston Cricket Ground in Birmingham. Indian captain Harmanpreet Kaur won the toss and opted to bat and that meant power-hitter Shafali Verma came out to bat along with Smriti Mandhana. While Mandhana departed early, Shafali brought out some big shots to give India a brisk start in the powerplay.

With India's score on 65/1, Shafali was foxed by a Tahlia McGrath delivery and Alyssa Healy removed the stumps in a flash even before the Indian batter could bring her foot behind the batting crease.

But the decision was referred to the third umpire and on seeing the replays it was discovered that Healy had removed the bails with her right hand, while she had the ball in her left hand.

According to the rules of cricket, the ball should be in the hand of the fielder when the contact is made with the wickets and the bails are removed.

As a result Shafali, who was on 34 at that time survived the chance. She was eventually dismissed for 48 runs but by then she had given India a strong start.

Australia Cricket Team Shafali Verma Alyssa Healy Harmanpreet Kaur CWG 2022 India Cricket
Get the latest updates on IPL Auction 2023 and check out  IPL 2023 and Live Cricket Score. Like us on Facebook or follow us on Twitter for more sports updates. You can also download the NDTV Cricket app for Android or iOS.