Punjab ended the challenge of hosts Maharashtra 72-48 in a Pool B encounter. 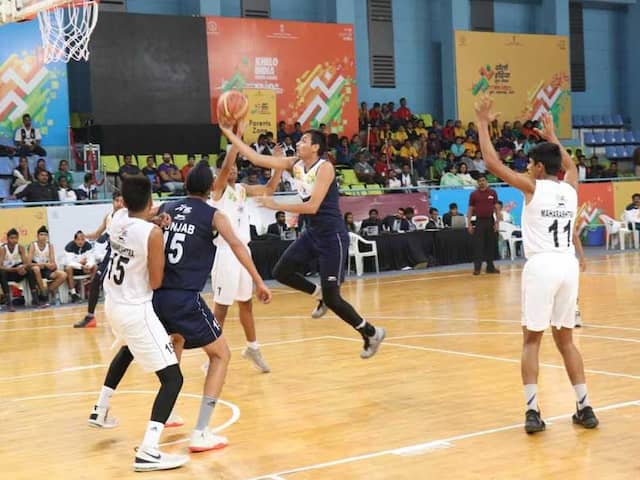 Defending champions Punjab boys registered their second successive win to seal a berth in the semi-finals of the Under-17 basketball event at the Khelo India Youth Games 2019 here Wednesday. Led by a 20-point effort by skipper Rajan, Punjab ended the challenge of hosts Maharashtra 72-48 in a Pool B encounter. The hosts thus bowed out of the event, a media release said.

In another encounter, Haryana brushed aside Tamil Nadu81-58 to maintain their clean slate. Both, Punjab and Haryana face-off in the last league encounter to decide the group winner. From Group A, Rajasthan downed Madhya Pradesh 88-77. The race for the second spot, in the group, will be between Kerala and Karnataka, who had mixed results on day 2.

The Under-21 boys' section had Kerala (Group-A), Punjab and Tamil Nadu (Group-B) booking their spots in the last four, the release stated.

Comments
Topics mentioned in this article
Basketball Other Sports
Get the latest Cricket news, check out the India cricket schedule, Cricket live score . Like us on Facebook or follow us on Twitter for more sports updates. You can also download the NDTV Cricket app for Android or iOS.