India's hopes of reaching the knockout stage will now rest on their next match against home favourites China on Wednesday. 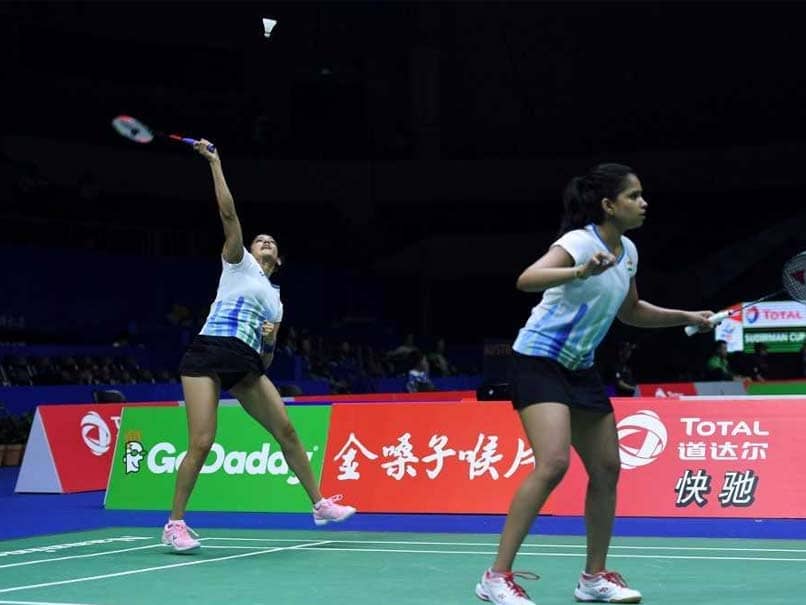 India paid the price for dropping experienced Kidambi Srikanth, and fielding Sameer Verma instead, in their opening group 1D match as they lost 2-3 against Malaysia at the Sudirman Cup 2019 in Nanning, China on Tuesday. Sameer Verma suffered straight-game loss in men's singles against Lee Zii Jia, losing 13-21, 15-21 in 48 minutes to allow Malaysia level the scores 1-1. Mixed doubles pair of Satwiksairaj Rankireddy and Ashwini Ponnappa produced a brilliant performance to outdo Malaysia's Goh Soon Huat and Lai Shevon Jemie 16-21, 21-17, 24-22 in an hour and 10-minute opening match to give India a 1-0 lead.

Olympic and world championship silver medallist PV Sindhu then steamrolled Goh Jin Wei 21-12 21-8 in 35 minutes to bring India back on track but doubles pair of Manu Attri and B Sumeeth Reddy lost narrowly 20-22 19-21 to Aaron Chia and Teo Ee Yi.

With India and Malaysia level at 2-2, Ashwini once again took the court -- two hours after her mixed doubles match -- alongwith N Sikki Reddy but the women's doubles pair couldn't get across the world no 13 pair of Chow Mei Kuan and Lee Meng Yean, losing 11-21 19-21.

Eighth seeded India's hopes will now rest on their next match when they take on the mighty China Wednesday.

China boosts of All England champion Chen Yufei and world no. 2 Shi Yuqi besides three formidable doubles pairs -- all figuring the world's top 10 and it will take a miraculous effort from India to overcome the 10-time champions.

India had reached the quarterfinals in the 2011 and 2017 editions of the Sudirman Cup.

Comments
Topics mentioned in this article
Kidambi Srikanth PV Sindhu Sameer Verma Badminton
Get the latest updates on India vs Australia Series, check out the India vs Australia Schedule for 2020-21 and Ind vs Aus live score . Like us on Facebook or follow us on Twitter for more sports updates. You can also download the NDTV Cricket app for Android or iOS.