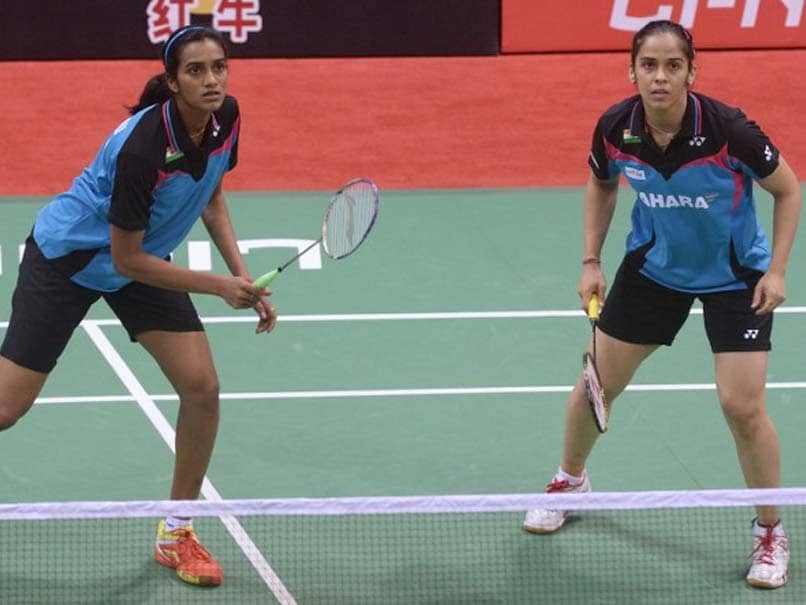 Both Saina Nehwal and PV Sindhu will not play in the Asia Mixed Team Championships.© AFP

India's campaign in the inaugural edition of the Asia Mixed Championship, beginning in Ho Chi Minh City, Vietnam, from Tuesday met with disappointing news as both the country's top women badminton players, Saina Nehwal and PV Sindhu, won't be a part of the contingent. Both had been initially named in the squad, but pulled out in view of a heavy schedule for them in the near future, including the All-England Championship next month. India's chances now depend on the men's singles players HS Prannoy and Sameer Verma.

In the absence of Saina and Sindhu, Indian women's challenge will be in the hands of young Tanvi Lad and newly-crowned national champion and Polish Open winner Rituparna Das.

"The absence of Saina and Sindhu will obviously affect our chances but I think it's a great chance for the youngsters to prove themselves," Prannoy, who recently won the Swiss Open, said.

"I have been doing pretty okay, I guess. Nothing new as in preparation but I think I should be good when matches starts," said the World No. 24 Indian, who made early exits at Syed Modi International and National Championship.

The ties including three doubles matches -- mixed, men's and women's -- and India's fate will depend on the mixed pair of Pranaav Jerry Chopra and N Sikki Reddy, who won the Syed Modi Championship last month. The men's combine highlights B Sumeeth Reddy and Manu Attri while the new women's combination of Ashwini Ponnappa and Sikki will also be tested.

The inaugural championship has all the big names of the region.

India are clubbed in Group D along with Korea and Singapore in the tournament. Asian giants like China, Malaysia, Japan, Indonesia and Thailand are also in the fray.

Comments
Topics mentioned in this article
PV Sindhu Saina Nehwal Badminton
Get the latest updates on Fifa Worldcup 2022 and check out  Fifa World Cup Schedule, Stats and Live Cricket Score. Like us on Facebook or follow us on Twitter for more sports updates. You can also download the NDTV Cricket app for Android or iOS.