Both PV Sindhu and Saina Nehwal have won medals at the Olympic Games. 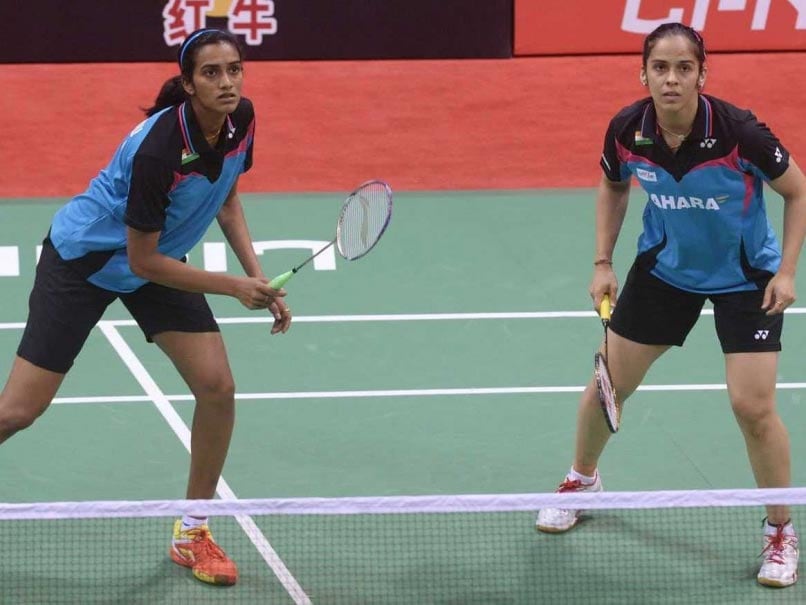 The country's leading two shuttlers PV Sindhu and Saina Nehwal have been included in India's squad for the inaugural Asia Mixed Team Championships that will be held in Vietnam from February 14 to 19. Sindhu, who clinched the Syed Modi Grand Prix Gold at Lucknow last week and Saina, who begun the new season with a win at Malaysia Masters, will be sharing the responsibility in the women's singles. Besides, there is also Tanvi Lad and Rituparna Das but they are unlikely to get a chance considering that the event will have only one women's singles match, one men's singles, one men's doubles, one women's doubles and one mixed doubles.

Syed Modi Grand Prix Gold winner Sameer Verma, who has been in rampaging form with a final finish at Hong Kong Super Series last year, will spearhead the Indian challenge in men's singles. Swiss Open champion HS Prannoy will also be a vital cog in the team which will not have the services of Kidambi Srikanth, who has decided to skip the event.

Brimming with confidence after winning their maiden Grand Prix Gold title at Lucknow, Pranaav Jerry Chopra and N Sikki Reddy, will look to give India a win in the mixed doubles event, while Sikki will also be pairing up with Ashwini Ponnappa.

The newly-formed duo would take on the more experienced women's doubles combinations during the event. The team will also have the services of K Maneesha.

A total of 13 teams will be fighting for the coveted trophy at the continental mixed team tournament which will also showcase Asian giants -- China, Korea, Japan and Malaysia as the top four seeds.

India have been clubbed in Group D along with Korea and Singapore, while China, Chinese Taipei, Hong Kong are in Group A, Malaysia, Indonesia and Sri Lanka are in Group B, while Group C consists of Japan, Thailand, Vietnam and Philippines.

Comments
Topics mentioned in this article
PV Sindhu Saina Nehwal Badminton
Get the latest updates on ICC T20 Worldcup 2022 and CWG 2022 check out the Schedule, Live Score and Medals Tally. Like us on Facebook or follow us on Twitter for more sports updates. You can also download the NDTV Cricket app for Android or iOS.