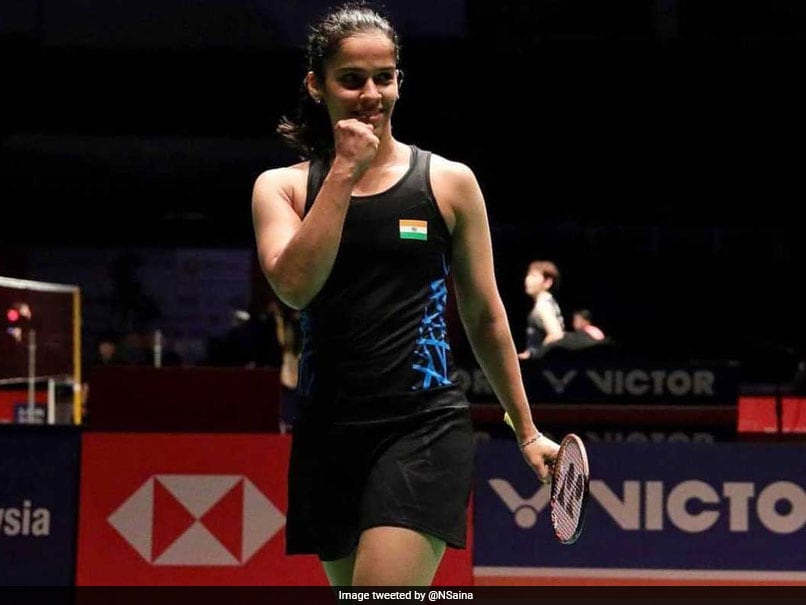 Saina Nehwal gave a tough fight in the semi-finals to book a spot for the summit clash.© AFP

Saina Nehwal overcame a stern test to beat China's He Bingjiao 18-21, 21-12, 21-18 to enter the women's singles final of the Indonesia Masters 2019 on Saturday. The eighth-seeded Saina Nehwal lost the first game before she came from behind to take the match in 58 minutes. The 28-year-old from Hyderabad who had reached the finals in the last edition will now face either Spain's three-time World Champion and reigning Olympic champion Carolina Marin or China's Chen Yufei, seeded third.

The first game looked evenly poised till the first six points. However, from there Saina Nehwal played the better out of the two but she saw a downfall after taking the 18th point. The premier Indian shuttler lost thus lost the first game 18-21.

The second game began neck and neck before Saina Nehwal capitalised on the procceedings and went on to take the game to the decider.

The decider saw an exciting contest as both Saina and Bingjiao kept taking slender leads till the 16th point before the Indian took the lead from there on and close the match with a 21-18 win.

Saina had won a gold medal at the 2018 Commonwealth Games, a bronze at the Asian Games, besides reaching finals at the Denmark, Indonesia Masters and Syed Modi International last year.

Comments
Topics mentioned in this article
Saina Nehwal Badminton Badminton
Get the latest updates on IPL 2021, IPL Points Table , IPL Schedule 2021 , live score . Like us on Facebook or follow us on Twitter for more sports updates. You can also download the NDTV Cricket app for Android or iOS.