Indian shuttler Saina Nehwal suffered a 16-21, 13-21 defeat to Carolina Marin of Spain in the semifinal of the Malaysia Masters 2019. 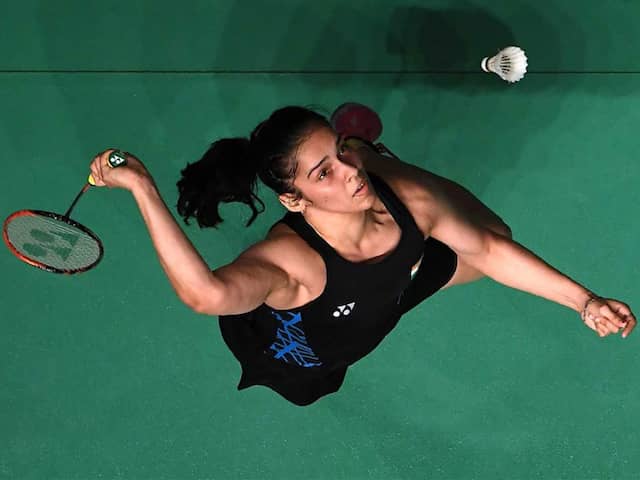 Saina Nehwal crashed out of the Malaysia Masters 2019 after losing 16-21, 13-21 to Carolina Marin of Spain in the women's singles semifinals at the Axiata Arena, Kuala Lumpur, on Saturday. The Indian shuttler was dominated by the three-time world champion Carolina Marin throughout the 40-minute contest in Malaysia. In the women's singles final, Marin will take on either Thai badminton player Ratchanok Intanon or Goh Jin Wei of Malaysia. On Friday, Saina Nehwal scripted a straight-game win over Japan's Nozomi Okuhara to enter the semifinals but India's male shuttler Kidambi Srikanth suffered an exit at the USD 350,000 event.

Seventh seeded Saina, who had a 8-4 head-to-head record against Okuhara before Friday, fought back from 9-15 and 14-18 down in the two games to extend her dominance over the second-seeded Japanese with a 21-18 23-21 win in a 48-minute quarterfinals at the Axiata Arena.

However, Srikanth squandered a one-game advantage to go down 23-21 16-21 17-21 to fourth seed Korean Son Wan Ho in the men's singles quarterfinals that lasted an hour and 12 minutes.

The women's singles match started on an even keel as both Saina and Okuhara fought hard, moving together till 9-9. Okuhara registered six straight points to create a huge gap but Saina showed her mettle as she slowly erased the deficit and grabbed a 17-16 lead at one stage.

Okuhara made it 17-17 before Saina closed out the opening game by grabbing the remaining points.

The Indian was 4-2 up early on in the second game but Okuhara jumped to a 8-5 lead before Saina wrested a 11-9 advantage at the break.

After the interval, Saina led till 14-12 but Okuhara reeled off six points to take a comfortable 18-14 lead. But Saina again slowly started dominating the rallies and clawed her way back to 19-19. Okuhara then squandered two game points before Saina converted the first match point that came her way to secure the semifinal berth.

Comments
Topics mentioned in this article
Saina Nehwal Carolina Marin Badminton
Get the latest Cricket news, check out the India cricket schedule, Cricket live score . Like us on Facebook or follow us on Twitter for more sports updates. You can also download the NDTV Cricket app for Android or iOS.