Australia vs India: Shreyas Iyer produced a moment of magic in the field to send David Warner back to the pavilion in the second ODI between India and Australia at the Sydney Cricket Ground on Sunday. 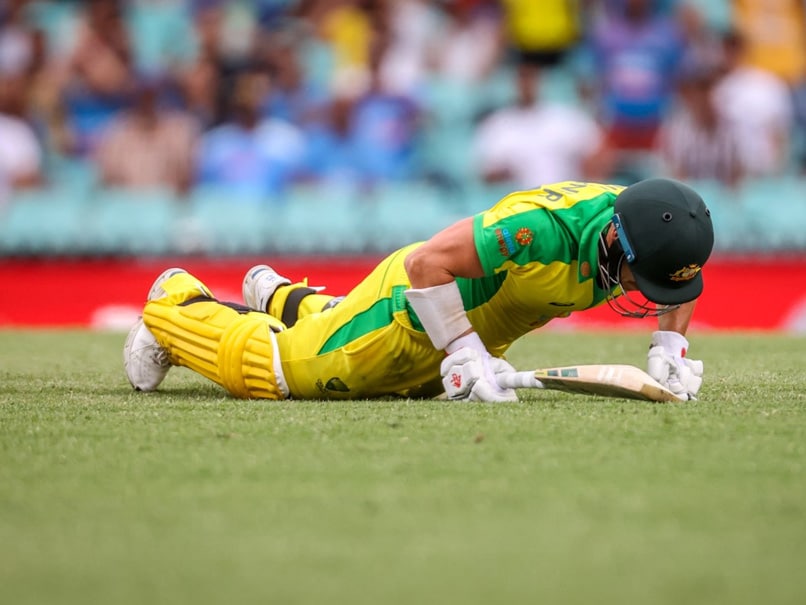 David Warner scored 83 runs from 77 deliveries against India in Sydney on Sunday.© AFP

Shreyas Iyer produced a moment of magic in the field to send David Warner back to the pavilion in the second ODI between India and Australiaat the Sydney Cricket Ground on Sunday. Warner was going strong and looked good for a century but his knock came to a premature end thanks to a brilliant throw from the deep by Iyer. In the 26th over, Steve Smith chipped a Ravindra Jadeja delivery to long-off, Warner was scampering back for a double but Iyer threw down the stumps to send him packing on 83.

What a throw from Iyer!

It was the second wicket for India after Mohammed Shami had dismissed Australia captain Aaron Finchin the 23rd over for 60. However, Smith and Marnus Labuschagne steadied the ship for Australia with a 50-run stand to put the hosts back in charge.

Earlier, Finch won the toss and elected to bat in Sydney. Indian bowlers once again failed to find breakthrough early on with Finch and Warner finding boundaries with ease.

The Australian opener targeted Navdeep Saini and took on the Indian pacer, much like they did in the first ODI.

Finch finally fell to Shami after getting a leading edge, and Warner departed soon after to give India some hope.

Smith, however, got going almost immediately, notching yet another half-century.

There were a couple of surprises from India captain Virat Kohliwith Mayank Agarwal and Hardik Pandya being thrown the ball.

India lost the opening ODI by 66 runs and need to win today to stay alive in the three-match series.

David Warner Australia vs India 2020-21 Cricket Australia vs India, 2nd ODI
Get the latest updates on SA vs IND 2021-22, check out the Schedule and Live Score . Like us on Facebook or follow us on Twitter for more sports updates. You can also download the NDTV Cricket app for Android or iOS.