Michael Holding has said that Virat Kohli's Team India needs a player like MS Dhoni in the middle, if they want to be able to chase big totals in white-ball cricket. 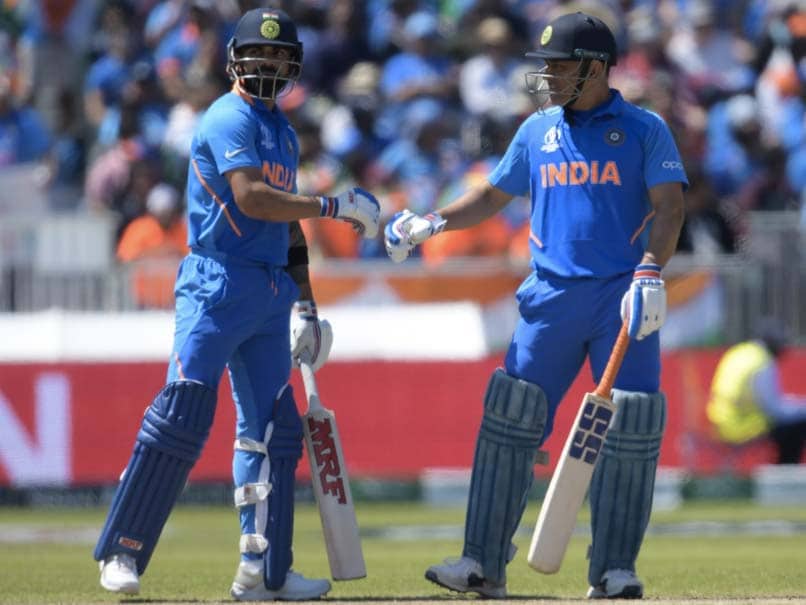 Former West Indies pacer Michael Holding has said that Virat Kohli's line-up needs a player like MS Dhoni in the middle, if they want to be able to chase big totals in white-ball cricket. Holding's remark came as India stumbled to a 66-run loss against Australia in the first ODI of the three-match series on Friday at the Sydney Cricket Ground. Australia scored 374/6 in the fifty overs and Kohli's side was restricted to 308/8. "India has some good players but one thing I know for sure is that Kohli's team will struggle with the loss of MS Dhoni. As we know when Dhoni used to come to bat midway, he used to take control of the chase. India have chased so well in the past with Dhoni in the team, and they have never been afraid to win the toss and insert the opposition because they know what Dhoni is capable of. This batting lineup that they have got is still very talented, we saw some talented players and fantastic strokeplay. But they still need a player like Dhoni. Not just Dhoni's skills but his strength of character," said Holding on his YouTube channel.

"We never see MS Dhoni panicking at any stage while India are chasing. He usually paces that chase so well because he knows his ability and he knows how to go about the chase. Whoever is batting with him, he is always talking with them and helping them. Fantastic batting lineup, but MS Dhoni was a special man with the bat in the run-chase," he added.

Chasing a monumental target of 375, the visitors were never really in the game except for a brief stage, when opener Shikhar Dhawan (74) and Hardik Pandya (90) put on 128 runs for the fifth wicket. But the top half of the innings had already left a lot to be desired even though openers Mayank Agarwal and Dhawan did get off to a flier and added 53 runs in the first five overs.

But as soon as Pandya and Dhawan were sent back to the pavilion, the job was done by the Australians, and going through the last few overs remained just a formality. India and Australia will now lock horns in the second ODI of the three-match series on Sunday.