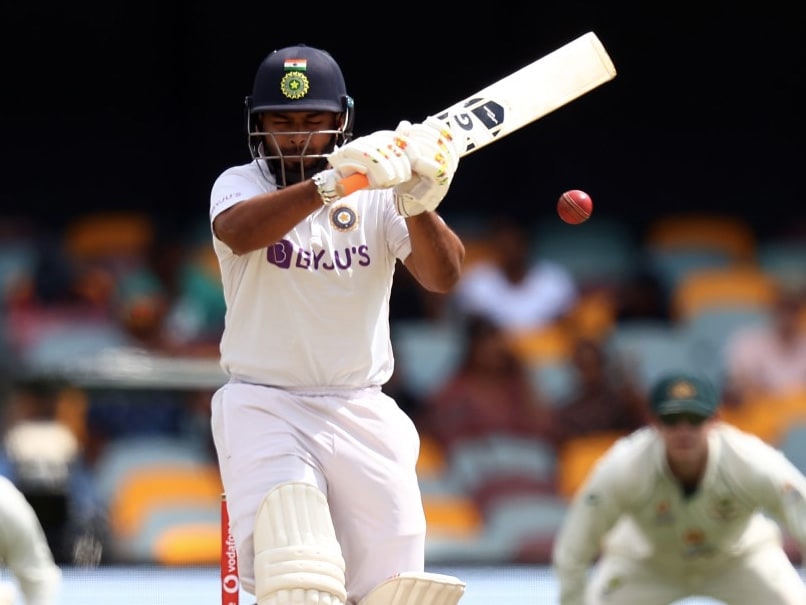 Rishabh Pant on Tuesday became the fastest Indian wicket-keeper batsman to score 1,000 Test runs. Pant got to the milestone in his 27th inning thereby breaking former India captain MS Dhoni's record of 32 innings. Pant got past the 1000-run mark in India's second innings on the fifth day of the fourth Test against Australia in Brisbane. The Border-Gavaskar series is on the line as the four-match series is level at 1-1 with both teams engaged in a tight contest in the final Test.

Pant came in to bat at No. 5, ahead of Mayank Agarwal, as India kept themselves in the hunt to chase down the 328-run target set by Australia.

Pant has already left a mark on this series with his magnificent 97 in the third Test in Sydney where India were in a similar position as Brisbane, chasing 407.

The left-handed batsman replaced Wriddhiman Saha in the XI after the first Test and has returns of 29, 97 and 36 in the series so far.

Earlier in the day, Shubman Gill scored a gritty 91 as India lost just one wicket in the first session and two more in the second.

Pant, who made his Test debut in 2018 against England, is the only Indian wicket-keeper batsman to hit centuries in both England and Australia.

He averages over 40 in Test cricket with two centuries and three half-centuries.

Pant enjoyed a stellar run on his last tour to Australia, hitting an unbeaten 159 in the Sydney Test of the 2018-19 tour.

India had won their first-ever Test series in Australia on that tour and a draw or a win in the Brisbane Test would mean the Border-Gavaskar Trophy remains with India.

MS Dhoni Australia vs India 2020-21 Australia vs India, 4th Test Cricket
Get the latest updates on ICC T20 Worldcup 2022, check out the Schedule and Live Score. Like us on Facebook or follow us on Twitter for more sports updates. You can also download the NDTV Cricket app for Android or iOS.