Australia vs India: "We Indians Can Be Truly Proud Of Our Cricketers," Says Sunil Gavaskar

Australia vs India: Former India skipper Sunil Gavaskar on Monday heaped praise on the Indian team for showing "great resolve and spirit" in the ongoing Test series against Australia. 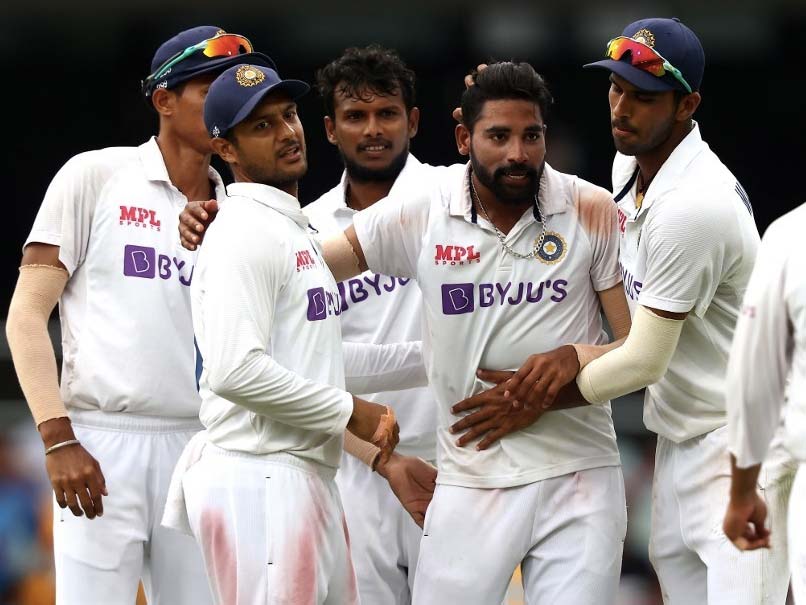 AUS vs IND: Mohammed Siraj celebrates with teammates after taking a wicket during fourth Test.© AFP

Former India skipper Sunil Gavaskaron Monday heaped praise on the Indian team for showing "great resolve and spirit" in the ongoing Test series against Australia. Gavaskar said the Indians are truly proud of the team for showing great character irrespective of the result of the fourth Test at The Gabba. The visitors need 324 runs on the final day with 10 wickets in hand to win a Test at Australia's fortress -- The Gabba.

A win will see the injury-ravaged Indian team register back-to-back series wins on Australian soil and a draw will see them retain the Border-Gavaskar Trophyagainst all odds. But the pitch isn't getting any better at The Gabba and with the odd-ball misbehaving after hitting the cracks, the Indian batsmen need to ensure that they keep the scoreboard moving at every given opportunity.

"It doesn't matter what happens here at the Gabba... We Indians can and will be truly proud of our cricketers. I have led Indian teams on tours of Australia and know first-hand just how challenging it can be. But what we have witnessed in the series is something extraordinary," Gavaskar said while commentating on Channel Seven.

"Resolve, fortitude and fighting spirit displayed by the team has been inspiring. Most have been away from home and in quarantine for over five months. They have been routed in the most crushing way with the world watching. They have seen friends battered and broken. They have been tested to the cricketing and mental limits every turn, every minute. Even under the most intense strain, they have never stopped fighting. And they may still somehow manage to take the trophy home," he added.

With rain playing spoilsport, the Indian openers Rohit Sharma and Shubman Gill could face just 1.5 overs on the fourth evening before the umpires decided to call for early stumps. With Rohit unbeaten on 4 off 6 balls and Gill yet to score from the five balls he has faced, it will all be about starting afresh for the visitors on the final morning.

Earlier, Mohammed Sirajpicked his maiden fifer as India dismissed Australia for 294 in their second innings.

Sunil Gavaskar Australia vs India 2020-21 Cricket
Get the latest updates on ICC T20 Worldcup 2022, check out the Schedule and Live Score. Like us on Facebook or follow us on Twitter for more sports updates. You can also download the NDTV Cricket app for Android or iOS.