India vs Australia Test Highlights: Rishabh Pant slammed a heroic unbeaten knock of 89 runs to steer the visitors to a valiant victory on Day 5 of the fourth Test match, at The Gabba. The Ajinkya Rahane-led outfit retained the Border-Gavaskar Trophy. 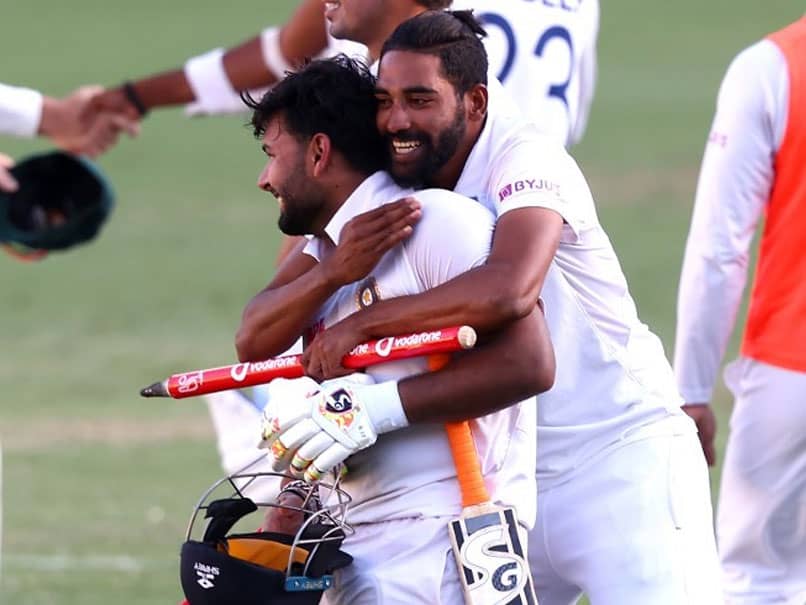 India defeated Australia by three wickets on Day 5 of the fourth and final Test at the Gabba in Brisbane on Tuesday, to retain the Border-Gavaskar Trophy. Rishabh Pant slammed an unbeaten 89 runs off 138 deliveries to take the visitors across the finishing line. His heroic T20-like knock consisted of nine fours and a six. The visitors had a slow start to the day, losing the wicket of Rohit Sharma in the early stages. With the departure of India's vice-captain, Shubman Gill took matters into his own hands with a stylish 91-run knock off 146 balls, which consisted of eight fours and two sixes. He was supported by Cheteshwar Pujara, who played a typical Test cricket knock, facing 211 balls and scoring 56 runs. Pujara was heroic in his effort, as he manfully countered several blows to the body and hands to play the sheet-anchor role, crucial for the team's efforts. The likes of Ajinkya Rahane (24) and Washington Sundar (22) added crucial contributions to the scoreboard for India. Pat Cummins was once again the star bowler for Australia, registering four wickets. Veteran spinner Nathan Lyon took two wickets in his 100th Test match, but it wasn't enough to prevent a defeat. (SCORECARD)

India Cricket Team Live Score Live Cricket Score Live Blogs Cricket
Get the latest updates on IPL 2021, IPL Points Table , IPL Schedule 2021 , live score . Like us on Facebook or follow us on Twitter for more sports updates. You can also download the NDTV Cricket app for Android or iOS.