Australia vs India: Steve Smith pulled off a brilliant diving catch to send Shreyas Iyer back to the pavilion in the second ODI at Sydney Cricket Ground on Sunday. 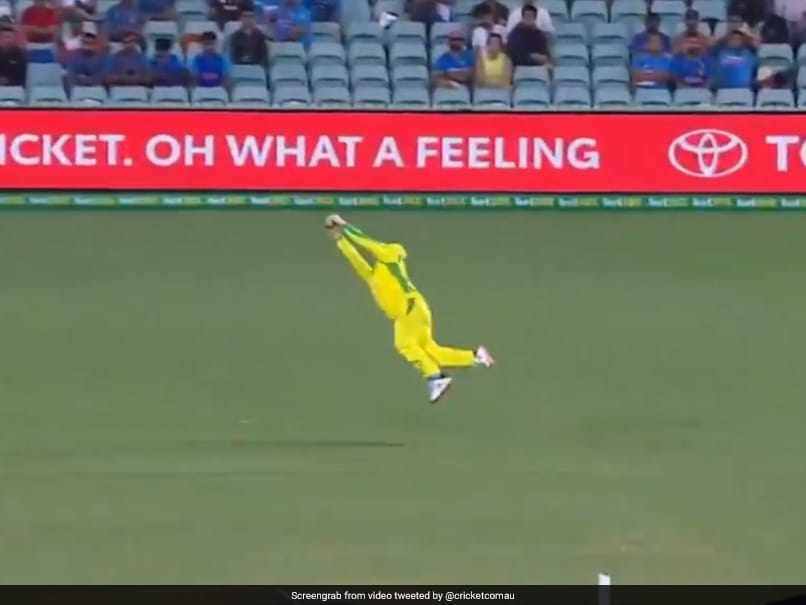 Steve Smith dived to his right to complete a terrific catch to dismiss Shreyas Iyer.© Twitter

Steve Smith, after putting on a batting masterclass with a brilliant century in Sydney, pulled off a blinder to send Shreyas Iyer back to the pavilion for 38 to dent India's chase of 390at the Sydney Cricket Ground on Sunday. Iyer was looking to clear the infield with a pull shot but Smith dived to his right and grabbed a stunning catch to break the crucial 93-run stand. India were tasked to chase 390 runs in a do-or-die contest on Sunday.

Cricket Australia posted the video of Smith's diving effort and wrote "Just try and keep him out of the game!!! #AUSvIND
".

Just try and keep him out of the game!!! #AUSvIND pic.twitter.com/DWEORwOaaV

Glenn Maxwell scored a quickfire half-century to take Australia to an imposing first innings total of 389 for four.

None of the Indian bowlers looked threatening on the day as Jasprit Bumrah and Navdeep Saini again went for a plenty.

Bumrah picked up a wicket and gave away 79 runs while Saini remained wicketless and went for 70 from his seven overs.

India captain Virat Kohli then smashed 89 runs from 87 deliveries as he missed out on his 44th ODI hundred by just 11 runs.

In the process, Kohli, who was playing his 250th match in the 50-over format, also went past 22,000 runs in international cricket.

Steven Smith Shreyas Iyer Australia vs India 2020-21 Cricket Australia vs India, 2nd ODI
Get the latest updates on SA vs IND 2021-22, check out the Schedule and Live Score . Like us on Facebook or follow us on Twitter for more sports updates. You can also download the NDTV Cricket app for Android or iOS.