IND vs AUS: The hosts gifted the visitors a consolation win in the third ODI at the Manuka Oval, and debutant T. Natarajan announced himself in the international cricket circuit on a positive note. 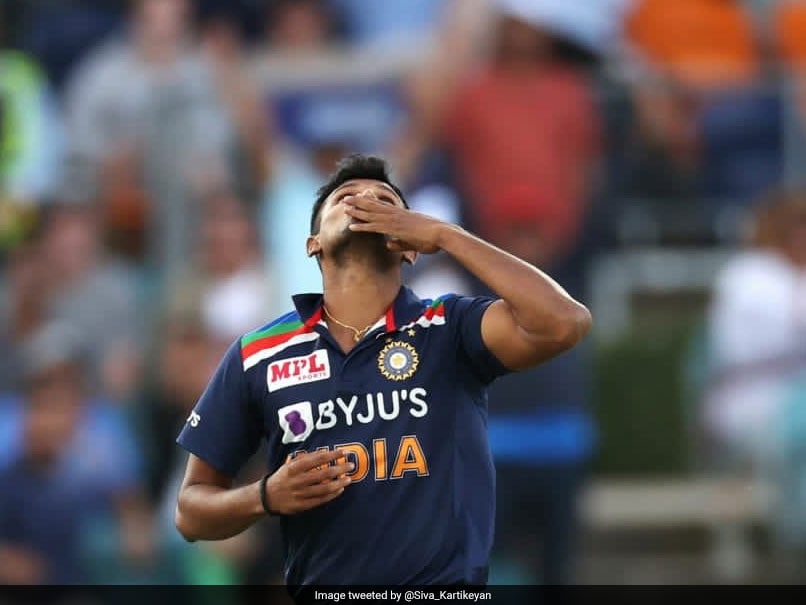 Tamil actor Sivakarthikeyan took to Twitter to congratulate T. Natarajan on his debut match for India, with the pacer putting in a good performance against Australia on Wednesday, at the Manuka Oval. The SunRisers Hyderabad (SRH) cricketer grabbed two wickets in 10 overs, and conceded 70 runs. India won the third ODI by 13 runs, although Australia have won three three-match series, 2-1. Sivakarthikeyan wrote, "Great effort @Natarajan_91 brother Debut match in Australia against Australia and you did really well Extremely happy to see u in blue jersey,proud moment for all of us brother".

Great effort @Natarajan_91 brother Debut match in Australia against Australia and you did really well Extremely happy to see u in blue jersey,proud moment for all of us brother #INDvsAUS #Nattu pic.twitter.com/PZ0tFGQ4dg

Hardik Pandya and Ravindra Jadeja slammed unbeaten knocks of 92 and 66 runs to help India wrap up at 302 for five after 50 overs. Meanwhile, even captain Virat Kohli contributed with 63 runs from 78 deliveries.

Despite Glenn Maxwell's 59-run knock from 38 balls, the hosts still felt short and gifted India a consolation win in the ODI series.

Earlier, Natarajan had missed out on India's T20I squad for the cricket tour, but was roped in later as a replacement for Varun Chakravarthy, who is injured.

Natarajan had an impressive Indian Premier League (IPL) 2020 season with SunRisers Hyderabad (SRH), helping them to a third-place finish in the league phase.

SRH defeated Royal Challengers Bangalore (RCB) in the Eliminator and then lost to Delhi Capitals (DC) in the playoff fixture. Mumbai Indians (MI) eventually won the tournament. Natarajan notched 16 wickets in the tournament.

With the ODI series over, India will next face Australia in a three-match T20I series, which begins on December 4. The T20Is will be followed by a four-match Test series. The first Test match starts from December 17.

Australia Cricket Team T Natarajan Australia vs India 2020-21 Australia vs India, 3rd ODI Cricket
Get the latest updates on IPL Auction 2023 and check out  IPL 2023 and Live Cricket Score. Like us on Facebook or follow us on Twitter for more sports updates. You can also download the NDTV Cricket app for Android or iOS.