T Natarajan bowled in the nets with the Indian Cricket Team for the first time. 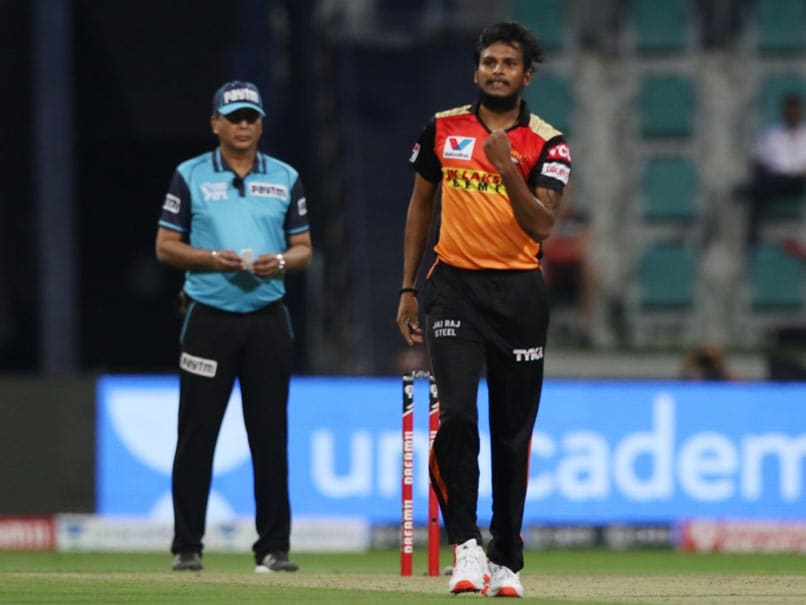 T Natarajan had an impressive season with SunRisers Hyderabad in IPL 2020.© BCCI/IPL

The Indian Cricket Team began their practice sessions in Australia on Saturday after clearing their COVID-19 tests ahead of their three-month-long tour Down Under. The Board of Control for Cricket in India (BCCI) on Sunday shared a video of seamer T Natarajan - who just earned his maiden national team call-up - hitting the nets for the first time with his India teammates. "We have seen him bowl with a lot of success in the @IPL and here is @Natarajan_91 bowling in the #TeamIndia nets for the first time after his maiden India call-up! A dream come true moment," BCCI wrote in its tweet along with the video.

We have seen him bowl with a lot of success in the @IPL and here is @Natarajan_91 bowling in the #TeamIndia nets for the first time after his maiden India call-up! A dream come true moment. pic.twitter.com/WqrPI0Ab7I

T Natarajan had a very impressive campaign during Indian Premier League (IPL) 2020, playing a key part in getting SunRisers Hyderabad to the knockout stages.

A yorker specialist, Natarajan picked up 16 wickets in as many matches for SRH, who were knocked out in Qualifier 1 by Delhi Capitals.

His impressive displays saw him called up to replace Varun Chakravarthy in India's T20 squad against Australia.

Chakravarthy, who also received his maiden call-up was left out of the squad due to an injury.

India will begin their tour of Australia with a three-match ODI series, beginning on November 27. A three-match T20 International series will follow the 50-over matches.

The tour will conclude with the four-match Test series.

Australia Cricket Team T Natarajan Cricket
Get the latest updates on IPL Auction 2023 and check out  IPL 2023 and Live Cricket Score. Like us on Facebook or follow us on Twitter for more sports updates. You can also download the NDTV Cricket app for Android or iOS.